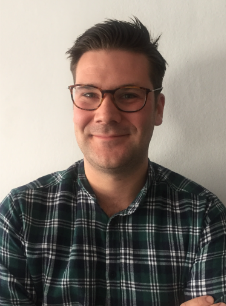 Live streaming has made a big change to the world of PR video. It’s not a new tool, but the cost has lowered in the last 12 months.

A few years ago live streaming was relatively expensive, but thanks to the promotion of services by social media platforms such as Facebook, YouTube and Twitter, and advances in smartphone tech, costs for live streaming have fallen drastically.

Audiences are also looking to interact with video content more than ever before. Just look at how popular virtual and augmented reality is at the moment (I am looking at you Pokemon hunters!).

Ultimately, live streaming can drive interest in a campaign. Its immediacy makes viewers feel as if they are part of something, or are getting a special or exclusive insight into a product or event. Alternatively, it might show an interview with a celebrity, or just some interesting footage. Anything that makes followers feel in the know.

If you are able to integrate live video with a social media campaign – for example Tweeting questions and comments during a live stream – the audience will engage with it on a whole new level.

There are a few different ways to include live streaming in your PR campaign. for every budget and outcome.

Everyone who owns a smartphone has the ability to livestream. Using a phone’s camera and free apps like Facebook or Periscope, users are able to broadcast to the world.

This is a quick, convenient and cost effective way to live stream. For a glossier, more professional feel there are other options.

The next step up involves a professional camera crew – so the overall video will look slicker. Footage is streamed via a video encoder to YouTube or similar. You only have one camera (a multi camera shoot and a mixing desk will not work at this basic level) which means you only have the one shot, but it’s a good compromise of budget and quality.

Another benefit to this option, over the free social media method, is that you can record for longer. As you are recording on professional cameras, you are also able to simultaneously record what you are streaming to a memory card. This means you can put the whole recording onto a website, or take clips for social media.

At the top end of the price scale would be an outside broadcast involving multi cameras and a mixing desk. Changing shot makes the output a lot more interesting for the audience. This sort of production is more akin to a television programme. The expense is greater, but the outcome is more professional and perhaps better suited to a more corporate audience.

For example, I was on the team at Shout! Communications when the agency supported P&O Cruises‘ latest ship launch, Britannia. This included live streaming footage of the naming ceremony to the company’s fleet of ships, wherever they were around the world. Most were at sea, so we used a satellite truck for streaming.

Opinion: Why the north offers a world of comms opportunities
Alex Pegler, account manager at Higginson Strategy – which has offices in both London and Chester, explores how the northern powerhouse can drive comms opportunities [...]
News Analysis
Request a Demo and Pricing
Connect on Social:
Opinion: How to pitch to broadcast media Opinion: Mastering the basics of media relations
Scroll to top
Cookie Policy