In 2015, TVC launched GrandFest, a one-day festival for the “older people’s” charity Royal Voluntary Service (RVS), to showcase the craft skills of talented older people.
This year, to make the event bigger and better, the agency drafted in a host of volunteers, all aged 70 or more (dubbed ‘GrandMakers’), to host masterclasses for “hipsters” and managed to get Royal approval from the Duchess of Cornwall as well as a thumbs-up from Patricia Routledge, the actress who played Hyacinth Bucket (pronounced “Bouquet”).

Older people’s charity Royal Voluntary Service (RVS) believes you are only as old as you feel and it is on a mission to get the nation to reassess their view of old age. Tasking TVC to come up with a campaign that would turn outdated notions of older people on their head and connect the older generation and the digital generation, last year it launched the inaugural GrandFest, a one-day festival with a difference.

Tapping into insight that arts and crafts hobbies are fuelled by shows like The Great British Bake Off and The Great British Sewing Bee, TVC designed GrandFest to showcase the craft skills of talented older people. Using older volunteers, all aged 70 plus, dubbed ‘GrandMakers’ to host masterclasses for “hipsters”.

After using Hoxton Square as the hub for last year’s event, the hunt was on for a venue that still had a connection with the younger generation, but with higher footfall for GrandFest 2016.

Spitalfields was chosen as the perfect venue to base the day’s festivities. A total of 11 GrandMakers hosted 23 masterclasses, ranging from breadmaking to crochet and basket weaving to woodturning.

In March, we kicked off the campaign with a research-based story about Brits relishing life in their 70s to create momentum ahead of an April media launch event. The story captured the media’s attention, gaining widespread national coverage and securing 31 pieces of coverage; including five print national newspapers and the front cover of the Daily Express. A radio day with Fiona Longhurst, RVS’ director of marketing and external comms, secured 13 radio interviews, ten of which were BBC stations.

Determined to match the coverage success of the March media blitz, stage two of the campaign saw an event with HRH The Duchess of Cornwall meeting the GrandMakers and getting a sneak preview of the skills they planned to showcase at GrandFest.

The Duchess was joined by RVS ambassador and ‘Hyacinth Bucket’ actress Patricia Routledge, ‘Queen of Couture Cakes’ Mich Turner and dancer Wayne Sleep. As RVS has a strict policy of not paying for celebrity support, TVC secured all celebrities without a fee. 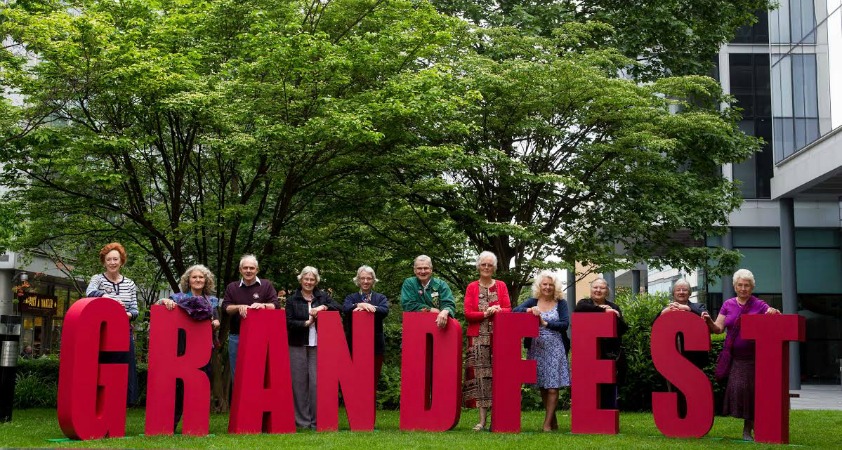 For the GrandFest event itself at Spitalfields on June 5, a media relations team from TVC was based at Spitalfields hitting the phones and pushing out content as it was produced. The highlight was ITV London attending to film a pre-record broadcast for its early evening news.

GrandFest 2015 was a resounding success, getting the charity noticed, generating unprecedented coverage and changing perceptions about the older generation. The challenge for TVC for GrandFest 2016 was to make this year’s event as fresh and exciting, while expanding coverage and reach.

Media coverage: Total of 214 pieces of coverage with a reach of 159 million. This included 48 print pieces, 26 pieces of TV coverage and 46 pieces of radio coverage. It was an increase of 37% on the 2015 coverage.

Driving bookings: The masterclasses were a sell out with 600 people booking classes ahead of 5 June.