W Communications launched a new division, W Influencer, this month, with the aim of bringing the benefits of “earned advocacy” to a wider range of brands. W’s founder and CEO, Warren Johnson, argues that, while influencer marketing is a “hugely powerful tool”, the practice of paying “influencers” to promote your product defeats its purpose… 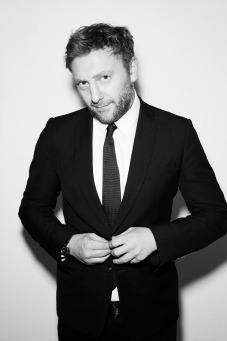 I was disappointed this month to read the new set of guidelines from The International Consumer Protection and Enforcement Network (ICPEN), requiring online influencers to disclose when they have been paid for content.

Not because I think it’s OK for influencers to conceal payments. Not even because it implies that brands are complicit in concealing payments to their influencers. But because I believe that, more often than not, brands shouldn’t be thinking in terms of just throwing money at influencers.

Let me explain. Wikipedia defines influencer marketing as “A form of word-of-mouth marketing which leverages the trust enjoyed by certain individuals (influencers) in favour of your brand.” It’s clear. It’s concise. And it’s unhelpful, because it leaves open the question of whether or not you should pay your influencers. Looking at how influencer marketing is transacted today, that seems to me the core question.

Influencer marketing is a hugely powerful tool in the marketer’s armoury. It can help with pretty much any marketing or communications task that needs greater engagement: NPD; beta testing; qualitative research; promotions and activation; trade marketing; loyalty programmes and brand building – as well as areas such as media relations and celebrity endorsement. But its power lies in its authenticity.

Consumers easily sniff out in-authenticity – which is one reason why advertising increasingly doesn’t work. So simply paying influencers to broadcast brand messages is problematic in two ways.

Second, both UK and US regulators agree with ICPEN. They all maintain that if a blogger or vlogger is paid to just promote a product or service, and an advertiser controls the message, then it becomes an ad and must say so. Research from Twitter suggests that the mere inclusion of #ad or #spon reduces effectiveness by a quarter. I’m surprised it’s not much more.

So, in the interests of both ethics and effectiveness, the best way to get around the disclosure/effectiveness conundrum is not to pay your influencers. In other words, to treat influencer marketing like earned media.

Newspapers are influencers: would you pay them for editorial coverage? No. And in most situations, the same principle should be true for influencers. You gain coverage by providing them with stories and materials that are so interesting they want to write or talk about them.

And it’s a philosophy that should hold true even if money has to change hands – with brands and influencers acting as collaborators in creating relevant, authentic content that has both integrity and real value and – yes – earns the attention of its audience.

Undertaken properly, the beauty of earned influencer marketing is precisely that its value is so clear to see – with a wide range of engagement metrics, from simple likes and average dwell time, through to content sharing, sentiment tracking, and even direct sales.

But if you still don’t believe that influencer marketing should be approached like earned media, test it for yourself. Send out two branded tweets, identical in every way, except that one contains #ad. The difference in response will be so stark that you’ll think twice before paying next time.

Warren Johnson is founder and CEO of W. 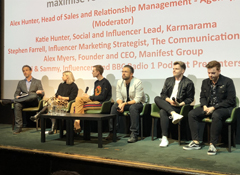 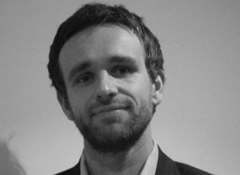 Opinion: How to communicate in the ‘techlash’ age
Amy Drummond, head of technology at AprilSix Proof, discusses the findings of the agency’s latest report into the current backlash against tech companies. The ‘techlash’ [...]
News Analysis
Request a Demo and Pricing
Connect on Social:
White Paper: 9 key insights into journalism and social media in the UK Opinion: Ethics in the PR industry
Scroll to top
Cookie Policy