Ahead of his talk on Zen and the art of the publicity stunt at Cannes Lions next week, James Herring, owner at Taylor Herring, talks about the value of stunts, how a good stunt can benefit a wider PR campaign and how to make something memorable. 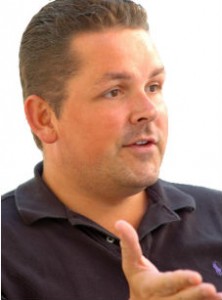 Which publicity-generating event, that you’ve not been involved in, has grabbed your attention and why?

It’s not the first time the chain has grabbed attention by doing the unexpected and generating an enormous amount of publicity at a very modest cost.

In your view, what is a publicity stunt, when is it a good thing to do and how does it sit within a wider PR strategy?

Done well – a publicity stunt is an audacious piece of attention-seeking, earned media that stops people in their tracks, delivers a thunderclap of social media chatter and a ton of media coverage.

In our new ad-blockable, ad-skippable world – it’s a great way to cut through the clutter and an especially useful tactic for challenger brands – those that can’t afford to spend their way into the public consciousness with TV spots, homepage takeovers and cover wraps, and need to get things going quickly.

What are the big dos and don’ts when attempting a stunt?

Dos: Stunts need to be entertaining and engaging, but they must also be rooted in a coherent narrative that integrates with the rest of the marketing message.

Don’ts: Most stunts necessitate a strong picture and video element – and if that’s the case you need to resist the temptation to kill them with corporate branding. Credit the audience and media with some intelligence and respect. Great campaigns prompt people to learn more – they will want to know ‘who did this, and why?’

What makes a stunt memorable?

Is a stunt only suitable for consumer-facing brands?

Used appropriately it’s a tactic that can be deployed by anyone – from governments and public bodies, to charities, causes and B2B.

Has social brought about a new age or new opportunity for experience-led campaigns?

Undoubtedly. The one question you will hear being asked countless times a day in our boardroom is ‘Will people share this?’ – the answer to that question has to be a solid ‘yes’ to justify client investment, and there are few better agency buzzes than having a trending story on Twitter.

What are you most looking forward to at Cannes this year from a PR perspective?

There are some great talks in the line-up, including the likes of Sir John Hegarty, Harvey Weinstein, Anna Wintour, Oliver Stone and Simon Pegg.

My festival highlight is taking time out to browse the thousands of competition entries and getting inspired with some fresh thinking for the year ahead.

How is The Poke? Having set up the site in 2002, what’s the most valuable lesson it has taught you?

Just passed the two million fans on social media mark, working on a pilot for the BBC and currently raising investment for the next stage.

The project really helped hone our skills in thinking more like a publisher when devising campaigns. We craft the copy and hone the angles so writers can find lots of routes into a story that would work for their audience. The huge opportunity is in video content that can deliver the deeper client messaging (that a journalist is NEVER going to write exactly as you would like them to). Pretty much all our work includes a click-worthy video and strong picture assets.

60 Seconds with Little Red Rooster’s Victoria Ruffy
Victoria Ruffy, founder of Little Red Rooster, reveals why she set up the agency, how she attracts prestigious clients and how she replaced her Triumph Spitfire Mark IV. What [...]
Interviews
Request a Demo and Pricing
Connect on Social:
60 Seconds with Neil Gordon-Henderson, Which? AMEC 2016: Visa Europe, ‘how measurement got the attention of senior ...
Scroll to top
Cookie Policy