When Betfair looked to beat its competitors last year, Pitch came up with a year-long campaign which challenged Olympic cyclist champion Victoria Pendleton to abandon the bike and sit in the horse saddle. The results? A 49% increase in Betfair customers as the campaign reached its peak. 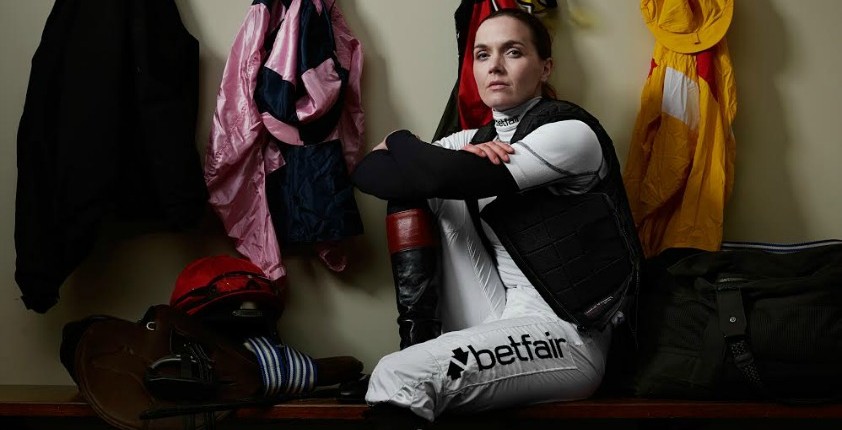 ‘Switching Saddles’ is a unique campaign centred on Betfair’s challenge to Olympian Victoria Pendleton to switch sports and go from cyclist to jockey, and ride a racehorse in a competitive race at the Cheltenham Festival.

While other betting brands were ‘hijacking’ and ‘disrupting’ the news agenda, we created our own, captured the imagination of the UK public and delivered a 49% increase in Betfair customers at the peak of the campaign.

The annual Cheltenham Festival is the biggest four days in horse racing’s year, with more bets placed on the four days of racing than any other period in the calendar.

Historically, PR stunts have dominated Cheltenham, driving coverage for bookmakers in a way that fails to offer them a positive voice or point of difference.

Betfair wanted a positive PR campaign that would generate a clear point of difference from our competitors and deliver clear business impact during the most lucrative sporting event of the year.

The objectives for the campaign were:

The audience was ‘core’ bettors (males 24-60), and ‘recreational’ bettors (both male and female and who bet on the ‘big occasion’).

With the UK sports agenda dominated by football, we needed a campaign that had the breadth to shine alongside the latest Premier League news, and feature outside of the sports pages.

Victoria Pendleton’s celebrity gave us this opportunity and, by championing a female in a male dominated sport, our campaign and her challenge had appeal beyond the core bettor audience.

‘Switching Saddles’ was strategically planned, with campaign milestones designed to coincide with major Betfair moments, including the Grand National, FA Cup Final, the start of the football season and the Betfair initiative, National Jockey Day.

We approached the campaign like a race. Start with a bang, maintain pace through the middle, then come home with a big finish, taking the UK on a year-long journey following Victoria’s transformation, culminating in the Foxhunter’s Chase at the Cheltenham Festival 2016.

The campaign was built on content, with video, photography and interview assets used to drive coverage. Over the course of the year we released ten videos, four photo essays, held eight media days and issued more than 20 press releases, all of which featured extensively in the UK media.

Switching Saddles was a yearlong national campaign covered by every UK media outlet, from the north of Scotland to the south of Cornwall, making Betfair the most talked about betting brand at two consecutive Cheltenham Festivals.

Betfair’s reputation in the horse racing industry received a positive shift, with sentiment for the campaign among horse racing media registering 82% positive.

“If there is a version of the Oscars for PR stunts, Switching Saddles by Victoria Pendleton – in association with Betfair – deserves to sweep the board”, Greg Wood, The Guardian

Opinion: Why “PR” is having a renaissance
Brendon Craigie, co-founder and managing partner at Tyto PR, examines why PR professionals are once again adopting the PR moniker. The public relations industry is in the [...]
News Analysis
Request a Demo and Pricing
Connect on Social:
PR Case Study: #directfix Case Study: The World’s First Mankini Emoji
Scroll to top
Cookie Policy