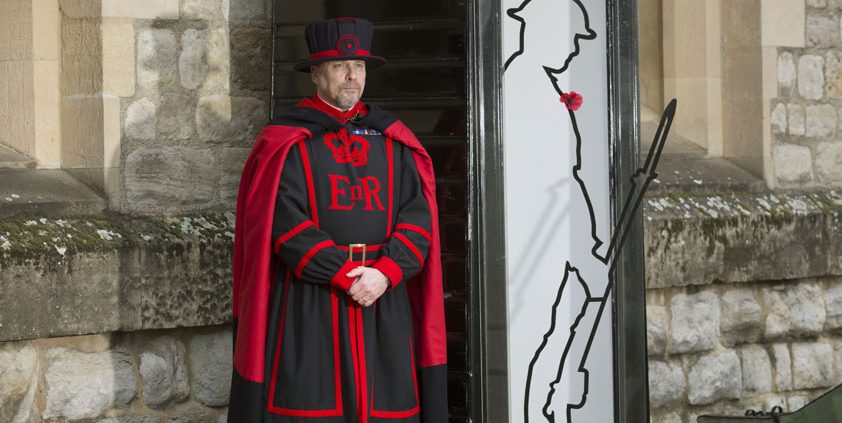 Liam Maguire, director at Newsfeed PR, details the success of the agency’s There But Not There campaign for charity Remembered to commemorate the end of the First World War.

Newsfeed PR launched a national campaign to commemorate the centenary of the end the First World War on behalf of the charity Remembered.

We installed the ghostly silhouettes of First World War soldiers – or ‘Tommies’ – all over the UK, as part of a new fundraising campaign called ‘There But Not There’.

Hoping to raise in excess of £15 million for armed forces and mental health charities, the six foot high Tommies form part of a nationwide art installation and appear as 2018 marks 100 years since the end of the First World War.

The campaign’s KPIs were as follows:

The money raised from the sale of the commemorative figures will be distributed evenly between The Royal Foundation: Heads Together, Walking With The Wounded, Combat Stress, Help for Heroes: Hidden Wounds, The Commonwealth War Graves Foundation and Project Equinox: Housing Veterans.

Remembered’s logo is a silhouette of a ‘Tommy’. This symbolic fallen soldier icon communicates the message that we must not allow WWI soldiers to become silhouettes, to become forgotten. The strength of this logo inspired us to scale it up and transform it into a nationwide installation for the fallen in key locations around the UK.

Tommy installations appeared in sentry boxes usually manned by Yeoman Warders at the Tower of London, on Giants Causeway in Northern Ireland, at Big Pit National Coal Museum in Blaenavon, South Wales and at Heart of Midlothian Football Club in Edinburgh.

In addition to the life-size silhouettes installed across the nation, a limited-edition table-top Tommy figure was created, to represent every single name from the 888,246 British and Commonwealth Fallen of the First World War.

The Tommies will be touring the country until Armistice Day and members of the public are being encouraged to buy their own 10 inch versions to remember their relatives.

Opinion: Why “PR” is having a renaissance
Brendon Craigie, co-founder and managing partner at Tyto PR, examines why PR professionals are once again adopting the PR moniker. The public relations industry is in the [...]
News Analysis
Request a Demo and Pricing
Connect on Social:
PR Case Study: Flint – Londinium