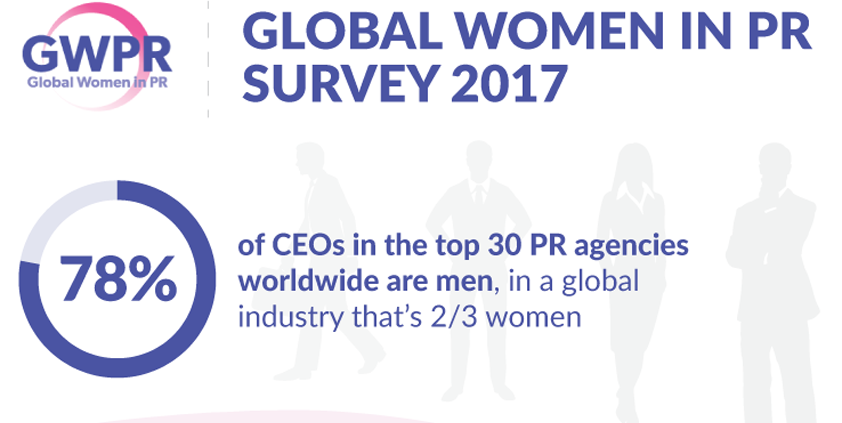 Angela Oakes, joint president and co-founder of GWPR, reveals the results of its 2017 survey and outlines what must be done to achieve equality for women in PR.

The results are in for the 2017 Global Women in PR survey and – surprise, surprise – they paint a bleak picture of the way women are treated in our industry.

On average, men in PR still earn £4,572 per year more than their female counterparts. The gender pay gap is highest at the top, with men in senior roles are more than twice as likely to earn upwards of £113,700. Most tellingly, 78% of CEOs in the top 30 agencies are male.

This, in spite of the face that women make up two thirds of the entire global PR industry! You would expect that if any industry could offer men the same opportunities as men, it would be this one. So what is it that’s holding women back?

A path to equality for women in PR

While there are no quick fixes to systemic problems like this one, this year’s GWPR survey does shed light on some of the key issues and gives guidance on what needs to be done.

The first challenge is confidence. Twice as many women said they were “not confident” asking for a promotion or pay rise, compared to men surveyed. And when asked if they would reach the top of the career ladder, far more men (28%) believed they would “definitely” get there than women (18%).

At the same time, a high proportion of women said it would be too difficult to juggle the demands of a boardroom position with their home and family commitments. 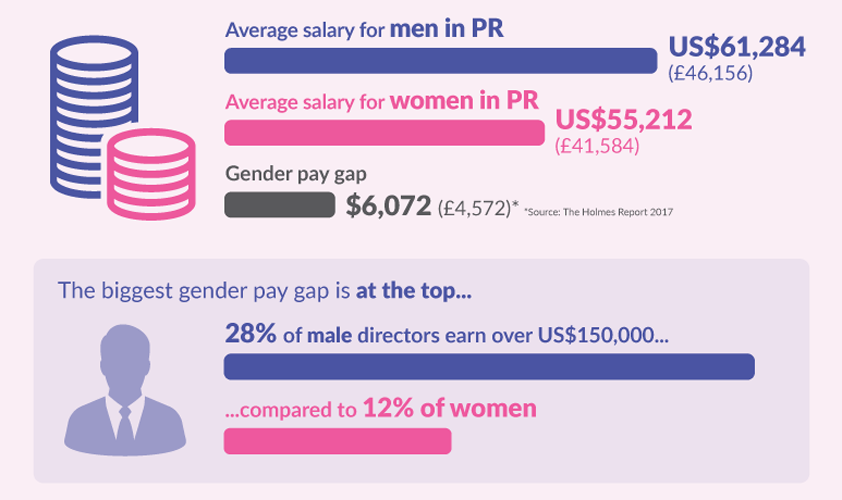 The gender pay gap in PR

We know that gender stereotypes are determined at a young age and there are social implications to this. But one part of the solution is surely mentoring and training women to build their confidence. Learning from other women who have made it to the top can help enormously in developing the right attitudes to leadership.

This is why we are launching a new global online training course with ICCO/PRCA next week – Stepping into Leadership.  Included are the tales of three women at the very top of the PR profession who tell their story and give advice.

The GWPR survey, conducted by our research partners One Poll, also revealed a clear desire for more flexible working hours.

Because of 24/7 communications and the ability to stay connected almost anywhere in the world, the PR industry needs to ditch the traditional 9-5 working day once and for all. Not only will this represent a shift to a more modern way of working. It will also help women manage their work and family commitments more effectively.

Taken together, these initiatives are a step in the right direction. We can address the gender gap and keep talented women within the PR industry. A balanced boardroom makes sound business sense. Together, we can make it happen. 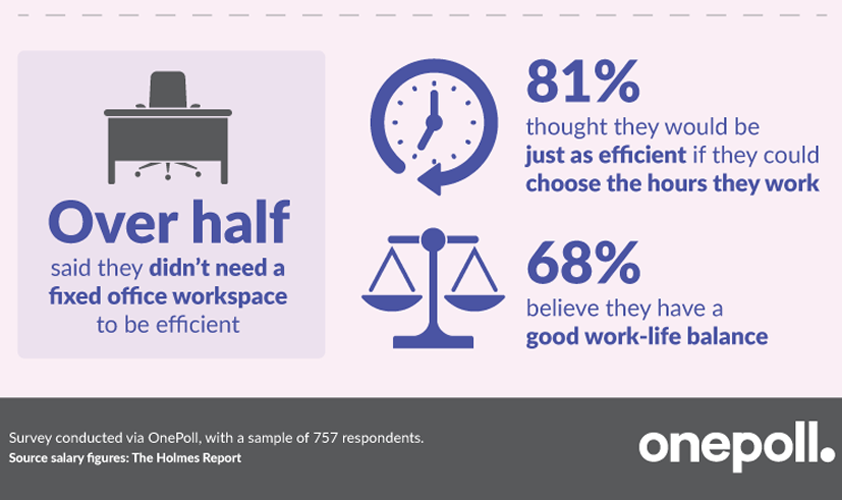 The GWPR survey revealed a desire for flexible working

Opinion: Why “PR” is having a renaissance
Brendon Craigie, co-founder and managing partner at Tyto PR, examines why PR professionals are once again adopting the PR moniker. The public relations industry is in the [...]
News Analysis
Request a Demo and Pricing
Connect on Social:
Opinion: Why PR should embrace SEO insights