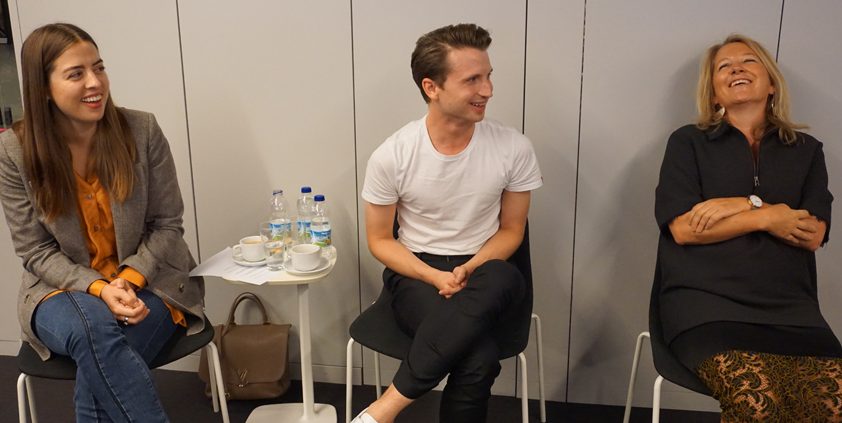 To help you reach InStyle’s audience of young, urban women – here are the key takeaways from this exclusive Cision media briefing.

Newis-Smith picked out Bella Hadid and Emily Ratajkowski as two celebrities who drive loads of traffic to the website. But he said it will consider working with anyone who can provide great content.

“We’ve done everyone from Bella Hadid to Tamara Ecclestone,” he explained. “I don’t necessarily think that you’d think she was someone we would work with, but it just depends on how exclusive the content is.”

“We shot Selena Gomez for the magazine when we still had a magazine, so we’ve got this bank of images that no one else has of her,” added Mac Donnell. “Whenever we put one of those up on Instagram, it goes crazy!”

The best pieces also have a unique InStyle twist

“We won’t just take everything and anything, in terms of video,” Newis-Smith said. “We need to work together to give it that exclusive twist.”

He explained that the content which performs best on the site generally has a unique InStyle twist. Taking a more generic approach doesn’t generate a buzz online, because everyone produces content like that.

“For instance, when we did Zara Larsson I got her to sing songs to me in Swedish and I had to guess what they were,” he added. “That’s a good twist, and that got 1.2 million views on YouTube!”

Speaking about what sorts of content the title likes to publish, Moore described the typical InStyle reader as a young woman who lives in the city and generally uses her mobile phone to engage with digital content.

“Fashion really is the thing that gets her excited, but there are lots of other things she needs in her life,” she explained. “You know, like a great foundation.”

She continued: “Because it’s so much about style and fashion, those stories do really well with a London audience. That’s just a fact.”

“People used to wake up and look at the morning papers. Now, my Instagram feed has become the morning paper,” Newis-Smith added. “Even as someone who used to work at a magazine, I don’t buy magazines anymore.”

The team loves working with PRs

Working with PRs is incredibly important to InStyle. Moore explained that she specifically chose journalists with great PR relationships when assembling the digital team.

Mac Donnell continued: “Building relationships is really great. You can explain to people better what the site’s about and what you need from them.”

“I think the pace has changed, going from a monthly to a daily slash hourly title,” she added. “I used to go to lots of breakfast meetings and meet people in the mornings, but now we tend to do that either in the afternoons or evenings.”

Opinion: Why “PR” is having a renaissance
Brendon Craigie, co-founder and managing partner at Tyto PR, examines why PR professionals are once again adopting the PR moniker. The public relations industry is in the [...]
News Analysis
Request a Demo and Pricing
Connect on Social:
5 simple steps to incorporating influencers into your PR strategy