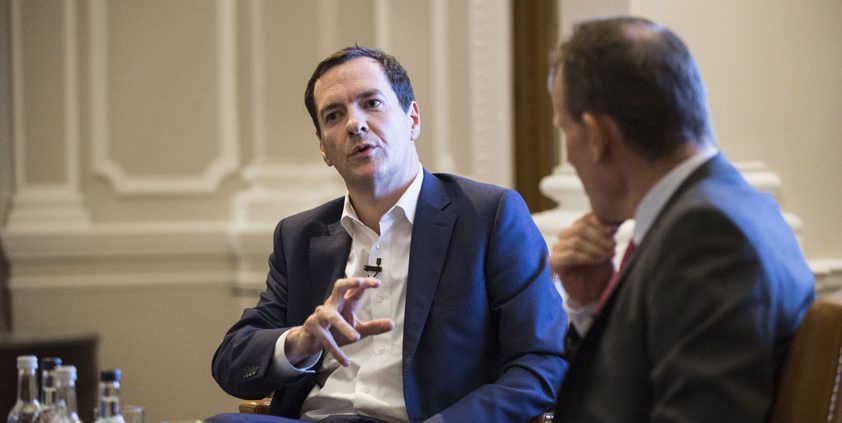 Former Chancellor George Osborne this week talked at an exclusive London Press Club event sponsored by Cision about his new job as editor of the London Evening Standard, his thoughts on Brexit and the changing worlds of politics and media.

The Q&A with broadcast journalist Andrew Marr – who is a former editor of The Independent – began with the unlikeliest opening: “George is a very, very irritating man to those of us who are proper journalists.”

Marr immediately went on to acknowledge he and journalists like him expected Osborne’s move from politics in the House of Commons to working with the Evening Standard’s back bench as editor of the London daily to be a “disaster”.

“It is very, very irritating – he hasn’t made a hash of it,” Marr quipped, as he introduced the former Chancellor of the Exchequer to a packed and engaged audience at the Corinthia Hotel London. 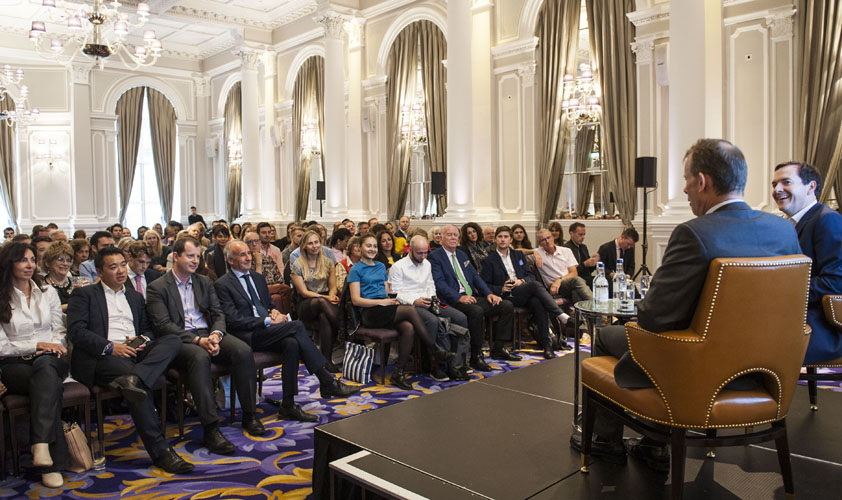 George Osborne in conversation with Andrew Marr, by The Evening Standard’s Lucy Young

In fact, it’s clear that four months in, Osborne is relishing his role as editor of the London newspaper. In a wide-ranging conversation, prompted by Marr and some lively members of the audience, Osborne talked about accusations of editorial bias, leader-writing, the differences (and similarities) between political life and journalism, Brexit and his regrets over the European referendum campaign.

Highlights from the Q&A:

“That’s a very complicated German word that I don’t know,” he joked when Marr put it to him.

While admitting that he wrote some of the paper’s leaders, which often are critical of the government, he said: “The paper should speak to its readers and should speak to the interests of London.”

He added: “I think I am reflecting the concerns that the readers have about the government. By the way, we are pretty harsh on Jeremy Corbyn – and I can tell you we get more reader complaints about us being anti-Labour, rather than being anti-Conservative or Theresa May.”

“If we get a fact wrong, we will know within minutes through social media,” Osborne said. “We’re operating like politicians are, like other people in civic society – like civil servants, like people in business – in a world which is shaping our society and taking collective decisions.”

“I have my experience in government and that enables me to look at some of the things that politicians say, and say, ‘Hold on, I know exactly what’s going on there, and that is not the case,’” he explained.

Journalism is more enjoyable than politics

“Yeah, it’s a lot more fun actually,” Osborne admitted. “Collectively, editors and journalists have kept secret from the world of politicians just how much fun it is to edit a newspaper, and I guess put together television programmes. I’m enjoying it a lot.” 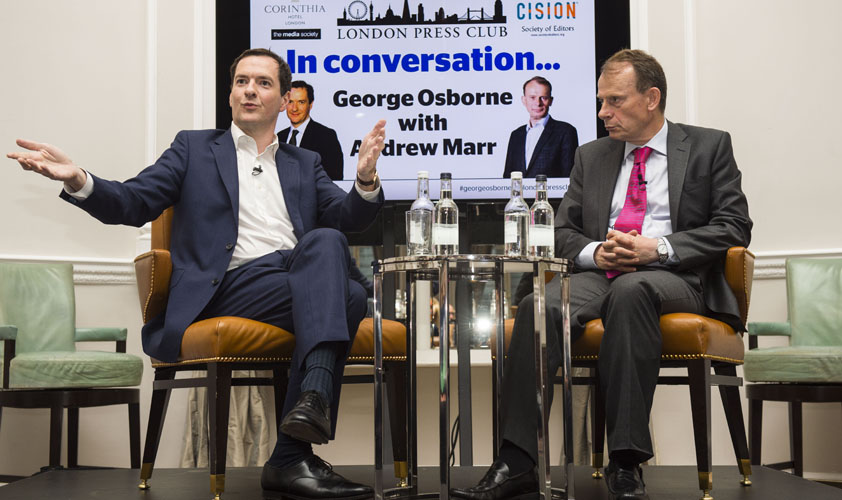 George Osborne sparring with the audience at this Cision-sponsored event, by Lucy Young, The Evening Standard

Opinion: Why “PR” is having a renaissance
Brendon Craigie, co-founder and managing partner at Tyto PR, examines why PR professionals are once again adopting the PR moniker. The public relations industry is in the [...]
News Analysis
Request a Demo and Pricing
Connect on Social:
Why every business can benefit from corporate newsrooms