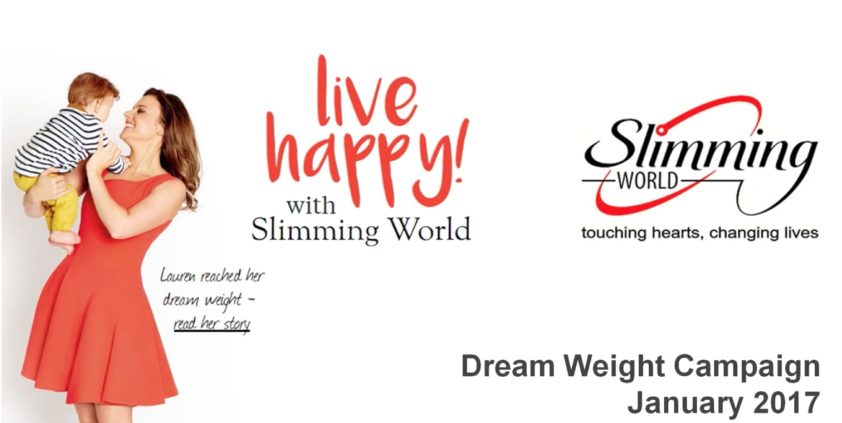 With help from Paul Hender, Cision’s head of insight for EMEA, she outlined a simple measurement framework with the potential to enhance the performance of any earned media initiative.

In just six weeks, Slimming World used it to increase its audience reach by 25%, generate 11,000 web sessions – and prove that its earned media coverage was directly driving new signups.

“Coverage reached 66% of the UK adult population,” she said. “So we don’t know where you were if you weren’t hearing about Slimming World in January!”

“The framework was a really fantastic resource for us,” she continued. “And [so was] working with Cision to use all of that media monitoring – all the coverage that we were generating – and really understand what impact it was making.”

As part of AMEC measurement month 2017, this webinar is essential viewing for anyone interested in running world-class earned media programmes.

Why measurement is an essential part of modern PR

Hender quipped: “Money follows measurability. If you can use data to prove efficiency, you can make the business case for more investment [in earned media].”

In an increasingly fragmented media environment, he said it’s more important than ever to ensure your message is reaching the right audiences. What’s more, company execs have never been more aware of the importance of reputation management.

He added: “With so much of a company’s value linked to its reputation, it’s no wonder that there’s a big risk of reputational damage causing actual damage to company values.”

All this means it’s never been more important to incorporate measurement into your PR programmes – and that’s where this simple measurement framework comes in.

In order to measure the success of any campaign, you must first outline exactly what you are trying to achieve. So, goal setting is a fundamental part of any PR programme.

For its ‘Dream Weight’ campaign, Slimming World wanted to inspire people to actually lose the weight they’ve also wanted to. In the process, it aimed to establish recognition of the brand as a leading weight loss organisation and inspire confidence in Slimming World’s effectiveness.

“We’re lucky in that our organisation is very clear on what its objectives are,” Caven explained. “It’s not easy. It did take us some time, but it’s absolutely worth doing – because I promise you we wouldn’t have got to where we were without them.”

Measure the quality and impact of your coverage

When measuring the outputs of your campaigns, Hender recommended using a combination of quantitative, qualitative and targeting metrics.

That is, it’s best to measure how much coverage you’re generating (e.g. impressions), what type of coverage it is (e.g. sentiment) and whether you’re reaching the right audience (e.g. demographics).

To achieve this, Slimming World partnered with Cision to survey 10,000 people making up the campaign’s target audience to establish how they perceived the brand both before and after the campaign was run.

As a result, the company was able to identify the most effective publications to focus its activities on, attract 18% more customers than it did the previous year and show that this was a direct result of its earned media initiatives.

Opinion: Why “PR” is having a renaissance
Brendon Craigie, co-founder and managing partner at Tyto PR, examines why PR professionals are once again adopting the PR moniker. The public relations industry is in the [...]
News Analysis
Request a Demo and Pricing
Connect on Social:
The Scotsman: Print is not going anywhere anytime soon

The Register: We are on the side of our readers, we’re not flag wavers
Scroll to top
Cookie Policy