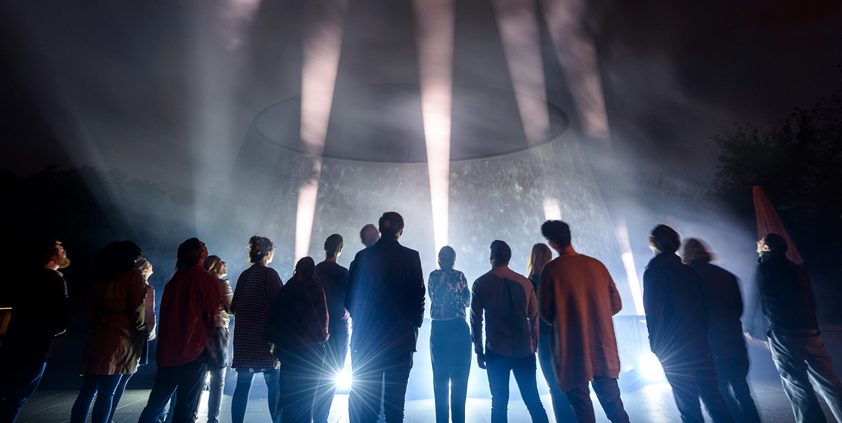 PrettyGreen beamed Audible‘s Alien: River of Pain into space for aliens and earthlings alike to intercept at a star-studded launch event in Greenwich’s Royal Observatory.

Summary
Audible hosted this spectacular first-listen event to mark the launch of its new audio drama at the Peter Harrison Planetarium of the Royal Observatory, Greenwich. Mesmerised guests were treated to an interstellar audio experience, as Alien: River Of Pain was beamed into space for aliens and earthlings alike to intercept.

Released just ahead of the theatrical release of Ridley Scott’s Alien: Covenant on April 26 (international “Alien Day”), Alien: River Of Pain is an audio-exclusive drama that takes place between cult films Alien and Aliens.

Objectives
PrettyGreen was tasked with creating a thought-provoking event to mark the launch of Audible’s latest audio title Alien: River of Pain. The aim was to increase awareness of Audible’s core proposition as the leading streaming platform for purchasing and listening to audiobooks narrated by a book’s author or voiceover professional.

Strategy and implementation
At the listening debut on Monday, April 24, media and celebrities were immersed in the pitch-black dome of the Planetarium in Greenwich.

There, they were transported into the dark and dangerous environs of planetoid LV-426 (now renamed Acheron) through richly detailed sound-design and striking sonic effects. 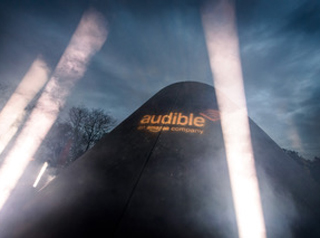 Alien: River of Pain was beamed into space at a star-studded launch event

Hosted under a canopy of moons, planets and stars in the constellation Cancer, the premiere offered a truly extraordinary listening experience. Guests were also treated to an-out-of-this-world encounter, as the audiobook was converted into a digital signal and beamed up to space.

The creative execution marked a first-of-its-kind, dedicated space transmission for the planetarium at the Royal Observatory and a unique opportunity for alien neighbours to listen to a depiction of their kind, as imagined by Homo sapiens in Alien: River Of Pain.

PrettyGreen engaged Royal Observatory, Greenwich astronomer Tom Kerss as a spokesperson to provide imagination-capturing comments for the media – such as qualifying the unusual fact that aliens could potentially intercept the signal.

Results
The event was attended by hundreds of media personalities and VIPs, and generated 20 pieces of coverage overall, including:

Additionally, the launch generated 191 posts on Twitter using the #RiverOfPain hashtag and 15 influencer Instagram posts. These posts achieved 1.7million total potential impressions – with a Twitter with reach of 690,000 and a reach of 103,541 on Instagram.