The PRCA has appointed Lansons co-founder Tony Langham to its Board of Management – the body which ensures it acts in the best interests of its members and the PR industry. 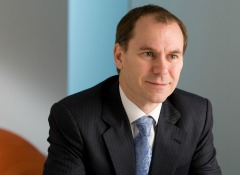 Langham cofounded Lansons in 1989. He has been advising governments, organisations and companies on their image and reputation for over 30 years. His recent clients include The Co-operative Bank, The FCA and the Isle of Man Government.

“I am really pleased to become a member of the PRCA Board of Management as I’m a huge admirer of the work Francis and his colleagues do,” said Langham. “The PRCA plays a hugely important role in PR and communications and I relish the opportunity to play a part.”

The PRCA’s director general, Francis Ingham said: “It is with great pleasure that we welcome Tony to the PRCA Board of Management, who is a well-respected and much admired figure in the world of corporate communications, reputation management, and crisis communications.”

Opinion: Why “PR” is having a renaissance
Brendon Craigie, co-founder and managing partner at Tyto PR, examines why PR professionals are once again adopting the PR moniker. The public relations industry is in the [...]
News Analysis
Request a Demo and Pricing
Connect on Social:
Hair tool brand Cloud Nine hires Brandnation firstlight PR named a ‘great place to work’ in the UK’s Best Workplaces...
Scroll to top
Cookie Policy