Anne Cuthbertson, editor of The London Magazine, a monthly lifestyle and luxury property title published by Cedar on behalf of CLEA (Central London Estate Agents), talks to Gorkana’s Louise Pantani about sharing her love of London with her readers, how PRs can help with content – especially images – and her dreams of getting a sneak peak inside Kate and William’s pad in Kensington Palace. 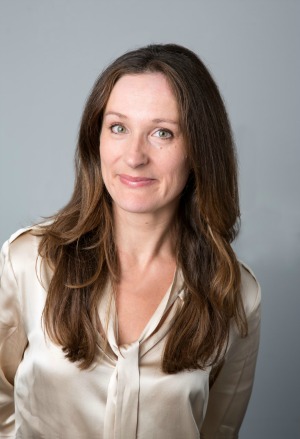 You launched The Sunday Telegraph’s property section. How did that differ to what you are doing with The London Magazine?

Back in 2003, when the nation was obsessed with ‘doing up’, buy to let and garden makeovers, I launched an eight-page broadsheet property section. The Times’ Bricks & Mortar rolled out nationwide the following year. My editor was extremely keen on the subject so I had to become a property and gardening expert overnight, such is often the way in journalism. I didn’t even own my own flat at the time.

From the letters we received, it appeared our readers were obsessed with their damp proof courses and conservatories. The London Magazine is a world away: all glamorous penthouses and elegant Mayfair townhouses. Stunning pictures are vital and my focus is as much on the look and feel of the magazine as on the high quality of the editorial. I enjoy the more creative role.

The client is Central London Estate Agents, who advertise their multi-million-pound houses in the back of the magazine. They are real property experts and authorities, with some senior negotiators having worked in the business 30 odd years. Their insider knowledge helps give us a real edge. They trust my judgement on the editorial, I’m pleased to say, so I have free rein on the content.

The magazine’s key area of focus is property, mainly luxury and premium, how do you get your content for each issue?

I commission top writers, both property and lifestyle specialists – most of them broadsheet journalists. Some pitch me ideas but I also handpick writers to cover their areas of expertise. Pictures largely come from PRs – the good ones know that a sensational image will win me over. If it doesn’t make it into the magazine it will make our carefully curated Instagram feed.

What kind of audience does The London Magazine attract?

The magazine is hand delivered to 70,000 prime London homes, as well as going into BA lounges (BA is another client here at Cedar Communications), Selfridges and larger travel branches of WHSmiths. Our readers are very successful, often working in the City and owning several homes around the world. They are also the established Londoners who have lived here for years. What our readers share is a love of London and a pride in the city. They are highly intelligent and interested in both its heritage and its future.

What has been your favourite editorial piece you have featured in the publication?

Our cover stories are special because we come up with the most creative images, often our own shoots. Ever since I started on the magazine in 2014 I had wanted to do a dog cover and the right story came along – a sharp increase in dog ownership in the capital and a scheme for more landlords to allow dogs (because Fido was making or breaking deals).

We charted London’s favourite breeds on a map, borough by borough. Our cover shoot was a beautifully aloof French bulldog called Harper who posed at a fine dining table. Hands down my favourite cover girl. Another cover story I was proud of was on ‘Trophy Schools’ in the capital. Four national newspapers followed that one up.

Back in 2012 the magazine had a large re-design and your content increased, with 60% more editorial. Do you think that has benefited the magazine in the long run?

That move was an important moment for The London Magazine, as it signalled the prime importance of editorial content in our mix. We have always argued that we are different from the competitor landscape of property magazines, and that difference mainly comes down to our focus not just on content but on quality content, created and edited by experienced, trained and industry leading journalists. At the time, extending the editorial to make it dominate our pages was the way we sent that message to the market – over time, and as acceptance has grown of our point of difference, the issue has been less about quantity and more about relevance, uniqueness and – above all – quality.

With the changes coming to the UK in the next few years with Brexit, do you think The London Magazine will steer some of its content to follow it?

As many London agents will tell you, stamp duty rises have been by far the greater blow to London property prices and confidence. Brexit has merely added to it. But people still need to move on with their lives and at this more uncertain time we’ll be offering the best advice from expert agents. For those staying and improving their homes we will increase our editorial on interiors. London has weathered worse than Brexit and remains one of the world’s top addresses. That won’t change.

How can PRs help you get even more content for each issue?

We are always keen to see stunning imagery and strong, relevant stories. I’m after good interiors stories and content relating to high net worth lifestyles, such as art, wine and other luxury investments. We also like interviews with high profile and influential London residents. Gina Miller was a terrific interview in our May edition. We usually go after these ourselves, so approaches by PRs with genuinely interesting interviewees would be helpful. It’s worth following up an email with a phone call, we are a small team here and very busy.

What are your plans for the year ahead?

We are broadening our lifestyle content to complement our property focus and exploring wider commercial partnerships. There are some specials appearing, including an interiors special, focused on the amazing designs coming out of London. We’ve moved beyond the ‘greige’ hotel-style look thankfully.

I personally love quite a cluttered home, full of artefacts collected on travels, bold colour and quirkyness. London’s hallmark is its eccentricity. I also hope to do a food and drink special. We have the best restaurants in the world in this city and the best pubs – which need our support. The London Magazine champions the protection of what makes London great, such as small shops, pubs and green space.

Finally, if you could go inside of anyone’s home and interview who would it be?

Well if Kate and William invited me inside Kensington Palace to show me how they had updated the interiors I’d certainly be interested. They are coming back to London now that Prince George is starting school. I’d also be keen to see inside Roman Abramovich’s Belgrave Square house, just to see what that kind of money can buy. The art would be spectacular –his wife, Dasha Zhukova, is a collector.

Opinion: Why “PR” is having a renaissance
Brendon Craigie, co-founder and managing partner at Tyto PR, examines why PR professionals are once again adopting the PR moniker. The public relations industry is in the [...]
News Analysis
Request a Demo and Pricing
Connect on Social:
Gorkana meets… Reorg Research Gorkana meets Carlos Carnicero Urabayen
Scroll to top
Cookie Policy