City of London has chosen Flint to lead its comms activity for Londinium, a festival celebrating the Roman heritage of the City of London. 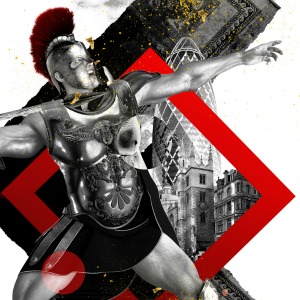 Londinium plans to unearth some of the City’s long lost stories and deepest buried secrets, and will feature new arts commissions from Boy Blue Entertainment and Wiretapper, the opening of the London Mithraeum, a new play on the warrior queen Boudica at Shakespeare’s Globe, and Gladiator Games on the site of London’s amphitheatre.

LondiniumThe season will also feature a variety of events, including exhibitions, walks, talks, tours and lectures.

Flint will develop a strategy that will place Londinium at the forefront of the summer events calendar, both for Londoners and for national and international visitors to the city.

The festival launches on 27 July and will run until the end of October, with activity taking place at a number of partner institutions across the capital.

Vivienne Littlechild, chairman of the City of London Corporation’s Culture, Heritage and Libraries Committee, said: “We are looking forward to working with Flint on promoting the Londinium festival, which will feature a series of spectacular events, interactive talks, tours, and family activities to bring alive the exciting history that lies underneath the feet of thousands of Londoners.

“There is so much to explore in the City of London, including Guildhall Yard, the site of the capital’s Roman Amphitheatre and the remains themselves in the basement of Guildhall Art Gallery.”

Lucy Dundas, senior account manager at Flint, added: “Having worked closely together on the Great Fire 350 commemorative events last autumn, Flint is delighted to be working with the City of London Corporation on the Londinium festival.

“The varied programme of events running throughout the festival will provide a wide range of exciting story-telling opportunities, bringing the Roman history of London to the surface this summer.”

Opinion: Why “PR” is having a renaissance
Brendon Craigie, co-founder and managing partner at Tyto PR, examines why PR professionals are once again adopting the PR moniker. The public relations industry is in the [...]
News Analysis
Request a Demo and Pricing
Connect on Social:
Spring & Tonic PR bags Hippeas Cannes advertising festival appoints Propeller PR
Scroll to top
Cookie Policy