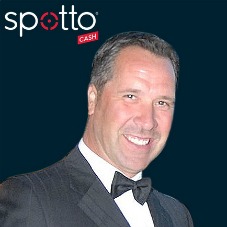 SpottoCash is a game of skill with a panel of experts deciding live and online where they believe the centre of the ball should be in a photograph of a recent football match. The weekly winner will win a cash prize of £10,000.

Calacus has been briefed to create a consumer-facing campaign to promote brand awareness for SpottoCash’s competitions within lifestyle, consumer and sports sectors when the competition officially launches on 29 May.

Reece Campbell, head of operations at SpottoCash, said: “We’re really excited to be launching SpottoCash at a time when gaming is becoming an integral part of football culture. Calacus has some great contacts in the media and we’ve got some great plans together to build our gaming community.”

Calacus MD David Alexander added: “Spot-the-ball was always a favourite at home when I was a boy and SpottoCash has identified a real gap in the gaming market by bringing it back for the digital age. Let’s be honest, if anyone can spot a ball, it’s David Seaman, one of the greatest goalkeepers of the modern era.”

Opinion: Why “PR” is having a renaissance
Brendon Craigie, co-founder and managing partner at Tyto PR, examines why PR professionals are once again adopting the PR moniker. The public relations industry is in the [...]
News Analysis
Request a Demo and Pricing
Connect on Social:
Audible hands consumer PR brief to PrettyGreen FTI Consulting to advise McKay’s communications
Scroll to top
Cookie Policy