Hotwire has been chosen as the UK and US comms agency of record for 3Doodler, makers of the “most advanced 3D printing pens in the world”. 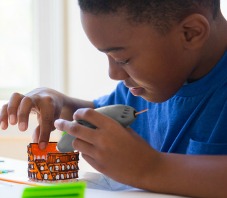 3Doodler, which is owned by WobbleWorks Inc., and led by CEO Maxwell Bogue and president Daniel Cowen, has offices in New York and Hong Kong.

After rising to fame delivering one of Kickstarter’s most successful launches – raising $3.9 million (£3 million) through two campaigns – the company has since leveraged retail partnerships with online and brick-and-mortar stores, including Amazon, Target, Best Buy and Bed Bath & Beyond.

3Doodler has also forged strategic licensing deals with the likes of Star Trek and Cartoon Network’s Powerpuff Girls to enhance growth, and has since surpassed $20 million (£15.5 million) in revenue in 2016.

Bogue said: “We were looking for a firm that would share in our quirky ambition, our passion for our product, and that had the experience and global chops to support 3Doodler’s super-human growth. Hotwire is that partner for us.”

Laura Macdonald, head of consumer for Hotwire North America, said: “The 3Doodler team has all the qualities of a client we love to work with: they love what they do, they have amazing stories to tell and they have a vision for a disruptive future that we feel confident we can help them achieve. As soon as we met them, we knew we had to represent 3Doodler.”

Opinion: Why “PR” is having a renaissance
Brendon Craigie, co-founder and managing partner at Tyto PR, examines why PR professionals are once again adopting the PR moniker. The public relations industry is in the [...]
News Analysis
Request a Demo and Pricing
Connect on Social:
M&C Saatchi PR hires consumer and corporate directors Cision wins 10 AMEC awards at 2017 AMEC Summit
Scroll to top
Cookie Policy