TVC Group has been brought on board for the third year running to work on GrandFest, a one-day festival created by TVC and older people’s charity Royal Voluntary Service, to celebrate older people and the heritage skills they can share with the younger generation. 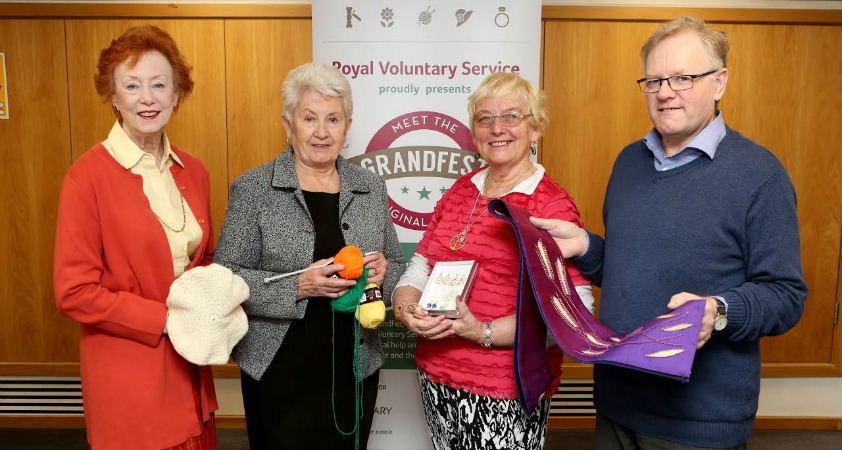 Designed to turn “outdated notions of older people on their heads” and connect the older generation and the digital generation, the 2015 and 2016 GrandFest festivals were sell outs and generated hundreds of pieces of coverage, helping change perceptions and getting Royal Voluntary Service noticed.

This year’s GrandFest is happening on Sunday 18 June and will once again take over museums, shops, restaurants and bars in and around Spitalfields to host a series of masterclasses led by talented ‘GrandMakers’, aged 70 and over, who will showcase craft skills, including knitting, wood turning and bread making.

This week, TVC launched a pre-awareness media campaign with a research-based story which found that 63 per cent of over 70s are happier than they have ever been.

Fiona Longhurst, director of marketing and external comms at the Royal Voluntary Service, said: “Competing for space in the busy London event scene isn’t easy but GrandFest has really captured people’s imaginations and drives awareness and engagement which is both positive and empowering for older people.

“TVC has done an excellent job over the last two years securing stand out coverage pre, during and post the event, and we’re confident this year’s results will be even bigger and better.”

James Myers, group MD at TVC Group, added: “GrandFest is a dream campaign for us because it plays to all our strengths blending media relations, creative design, content production and events. The TVC team across all divisions are involved and engaged in making this a huge success.”

GrandFest was named Charity Campaign of the Year at the 2016 Drum Network Awards and was shortlisted for a 2016 PR Week Award.

Opinion: Why “PR” is having a renaissance
Brendon Craigie, co-founder and managing partner at Tyto PR, examines why PR professionals are once again adopting the PR moniker. The public relations industry is in the [...]
News Analysis
Request a Demo and Pricing
Connect on Social:
Finn Partners expands into APAC through B2B firm acquisition New York luggage brand Away hires Aisle 8
Scroll to top
Cookie Policy