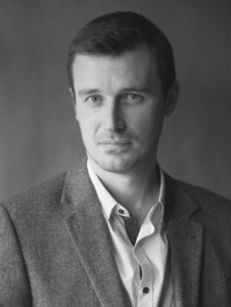 It’s fashionable in PR circles to say that the demise of the humble press release is no longer even a debate, but so much of a certainty that it’s barely worth talking about.

We’ve become accustomed to a wide variety of last rites being read in the media by commentators with no greater clairvoyant powers than a brick, yet we’re supposed to routinely swallow their bunkum.

Those broadcasting their belief that press releases have already gone the way of the dodo and Maggie Thatcher insist that the format’s passing occurred not in recent times, but in fact many moons ago. Just after the discovery of fire, or something.

They believe that those still churning out press releases are akin to some lost tribe, living happily without selfies and Ed Sheeran.

Worse, we’re told that modern journos are so time-poor that they can barely risk the gratuitous self-indulgence of a toilet visit – never mind the inordinate effort of reading a press release with all of its challenging paragraphs, commas and full stops.

Meanwhile, bleeding-edge future-gazing sophisto-knobs insist that if you’re exceeding 140 characters and there’s no trace of a snappy hashtag or emoji, then you might as well crawl back under your rock. Frankly, granddad, you’d be better off sending a telegram – more people might read it out of sheer pity.

Well, I don’t know what industry they work in, but in the PR world I know, the press release remains just as relevant as ever, and continues to adapt to changing demands with a place right at the heart of integrated strategies. The tried-and-trusted, yet versatile, press release format offers everything that you need to get your message across effectively.

Very occasionally, I’ve encountered a journalist who simply wants nothing to do with a press release, no matter what it contains. That attitude never ceases to amaze me; it can only mean that they’re missing out on a lot of quality content that their competitors are happily taking advantage of.

Some believe that, when compared to streamlined social media, releases have become flabby and full of their own self-importance.

Like any form of written communication, however, a press release is only as good as the person who’s created it. A concise, informative piece that immediately captures a journalist’s interest is therefore perfectly achievable for those with a degree of ability and a decent awareness of what our friends in the media actually want.

If you can write an engaging headline and craft pinpoint copy that fits right into a target publication, then all the better – and in doing so, you should be able to overcome the shortest of attention spans. Throw in a compelling covering note and a striking image, and you’re halfway to securing coverage.

Social media’s speed and brevity has its advantages of course, but when you’re an under pressure journalist, a Tweet just leaves more questions than answers. Social media posts must link back to something more tangible if they are to communicate successfully – and that’s where the press release comes in.

There’s no doubt that the way people consume news has changed but, hackneyed or not, releases still form the backbone of PR communications, and have successfully adapted to changing digital demands. It’s no coincidence that they’re shared in their thousands across social media.

Today, the mark of a good release is that its content can be easily extracted into bite-sized chunks and adapted across the likes of LinkedIn, Twitter and Facebook with accompanying multimedia uploaded to YouTube, Flickr, Tumblr and more. It all serves to feed into, and reinforce, the original release, while driving web traffic back to the client.

Fundamentally, the humble, dependable press release still remains a fantastic tool for informing, or simply just entertaining. Such has been the case for over 100 years.

In 2017 then, the press release is to be celebrated rather than eulogised. Call off the mourners – there’s plenty of life left in the old format yet.

Opinion: Why “PR” is having a renaissance
Brendon Craigie, co-founder and managing partner at Tyto PR, examines why PR professionals are once again adopting the PR moniker. The public relations industry is in the [...]
News Analysis
Request a Demo and Pricing
Connect on Social:
60 Seconds with CIPR’s Jason MacKenzie