Global media-tech startup Culture Trip has brought in Sky’s Maddy Chambers as a UK-based PR manager and BuzzFeed’s Stephanie Kennard as a PR manager in the US. 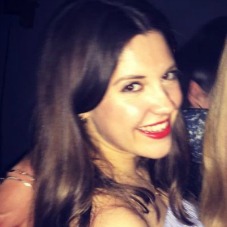 Both Chambers and Kennard have been briefed to help drive global awareness for Culture Trip, which has more than 100 editorial hubs spanning 200 countries. It sources online content from local experts across 12 cultural genres, including travel, art, sport, music and entertainment.

Founded by former academic psychiatrist turned media entrepreneur Dr Kris Naudts, Culture Trip now attracts nearly six million monthly unique visitors and has more than doubled its website traffic in the past two years. Social reach on Facebook is said to have grown 400% in the past two months.

Opinion: Why “PR” is having a renaissance
Brendon Craigie, co-founder and managing partner at Tyto PR, examines why PR professionals are once again adopting the PR moniker. The public relations industry is in the [...]
News Analysis
Request a Demo and Pricing
Connect on Social:
Museum of London tenders PR brief with “significant budget” RAM Active Investments appoints Peregrine Communications
Scroll to top
Cookie Policy