PR consultancy Finn has today launched a new campaign to provide a “positive boost” to the profile of PR and highlight its importance within the marketing mix. The ‘Reinvent PR’ campaign will run throughout the Leeds Digital Festival this month. 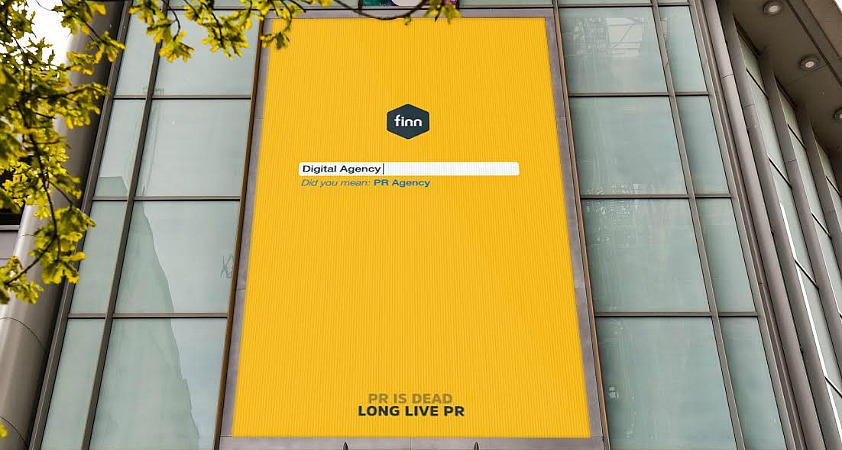 The ‘Reinvent PR’ campaign has been launched in collaboration with Finn client digital out-of-home media owner 8 Outdoor at the Leeds Digital Festival, which will finish on 29 April. The festival started on the 22 April.

They are designed to challenge the status quo of PR and re-position it at the heart of the wider marketing debate.

Richard Rawlins, MD of Finn, said: “We believe PR is emerging as the most important discipline in the marketing mix. While the reach and disruption that advertising achieves remains strategically important, the lead idea needs to be born from PR.

“Our new ad campaign will make the case for PR and the importance it should have within every business that wants to communicate with its customers in a powerful and meaningful way.”

8 Outdoor CEO Cennydd Roberts added: “Our business is driving hard to get more screens in more cities, giving more advertisers more choice than ever before. This campaign is a brilliant example of how an SME can access the power of digital billboards effectively and with impact.”

Opinion: Why “PR” is having a renaissance
Brendon Craigie, co-founder and managing partner at Tyto PR, examines why PR professionals are once again adopting the PR moniker. The public relations industry is in the [...]
News Analysis
Request a Demo and Pricing
Connect on Social:
Ogilvy PR’s Adam Powell joins Fourtold as MD Hotwire joins UK initiative to grow flexible jobs market
Scroll to top
Cookie Policy