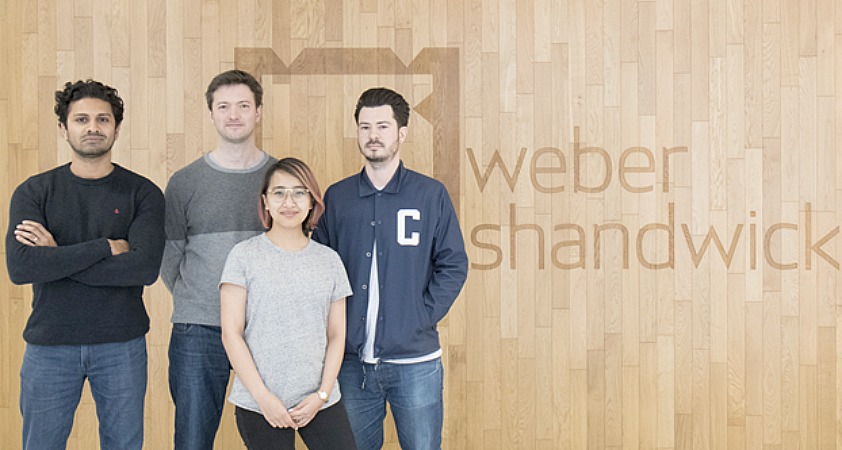 Based in Weber Shandwick’s London office, Feliciano has been briefed to bolster its creative output and will focus on key digital and social clients across its consumer, corporate, healthcare, technology, and social impact practices.

She joins from ad agency Deep Focus London, where she launched Amazon Fashion in Europe with the body positive campaign, “I Wish I Could Wear”.

Prior to Deep Focus, Feliciano was at social agency Jam, where she worked with clients including Unilever, Nestle and Samsung.

While at Jam, she was behind “Tap to Give”, the world’s first charity turnstile which raised funds to provide clean drinking water for those affected by Typhoon Haiyan.

She launched her career at digital agency Weapon7, with the UNICEF campaign “Pinning their Hopes” – the first innovative charity campaign on Pinterest. And she was also selected by global creative leader Bob Isherwood to attend the 2014 Cannes Young Lions Creative Academy.

Feliciano has won awards at the New York Festivals, One Show, Creative Circle and Campaign Big Awards. On the side, she mentors young creatives for The One Club bootcamp and BIMA’s Digital Days.

Nester said: “I’ve been keen to recruit Janelle for a few years, she has buckets of talent and creative ambition. Her knack for social and influencer campaigns combined with the skills of the rest of the team here, will help us create more campaigns that explode free from their channels to become cultural.”

Feliciano added: “Throughout my career I have always preferred the road less travelled, doing things differently is what keeps creativity fresh and unexpected. Having experience in other communication disciplines, it makes sense to join such a globally recognised PR agency. I’m excited to work alongside James Nester and his team, to continue to create the innovative campaigns Weber Shandwick is known for.”

Opinion: Why “PR” is having a renaissance
Brendon Craigie, co-founder and managing partner at Tyto PR, examines why PR professionals are once again adopting the PR moniker. The public relations industry is in the [...]
News Analysis
Request a Demo and Pricing
Connect on Social:
Former We Are Boutique co-founder launches new digital business The Petersham Hotel hires Custard Communications
Scroll to top
Cookie Policy