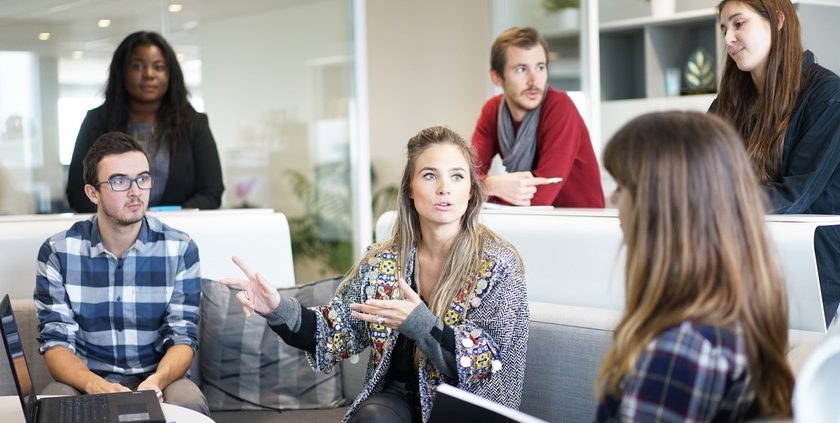 On National Apprentice Week (March 6 – 10) PR pros from The Wern PR and Rostrum give their top tips for hiring an apprentice after signing up their first candidates in 2017.

The benefits of hiring an apprentice are well-known, not only does it diversify teams but it also helps young talent that may want a career in PR but cannot afford to work for free.

It is for these reasons that Rostrum and The Wern decided to hire their first apprentices Tania Correia and Katarzyna Zdunczuk (respectively) this year.

Here the comms pros give their tips on how to find an apprentice and the best way to integrate them into the new team:

Work with a programme

Rostrum’s Michael Kahn, director of resources and development, signed the agency up to the PRCA’s PR Apprenticeship Programme. He says: “Each PR apprentice is assigned an assessor by PRCA who comes to see them once per month, and who sets and structures their work.

“They handled all the initial stages of recruitment and carried out assessment days and first interviews to ensure that the candidates sent to the second stage of the process could provide real value to our business.

“The curriculum provided by the PRCA has a diverse range of modules which cover the whole breadth and depth of PR. In addition, agencies are able to tailor the different study areas according to their individual requirements, which makes it much easier to link the apprentice’s studies with his/her day-to-day work.”

For an alternate route, The Wern’s founder Lucy Wern went outside the PR network to search for an apprentice and ultimately found her new starter at Digital Futures.

She says: “For me, it was more important that our candidate was interested in working for our type of clients rather than a PR consultancy. I found Digital Futures after they ran a campaign with The Drum for agencies to pledge job opportunities.”

Werner says that as PR skills become increasingly more varied she looked for a candidate that could specialise in social media, graphic design, marketing, copywriting, photography or content creation.

Kahn adds: “We look for the same qualities in our apprentices as we do in all our other employees: intelligence, creativity, a natural curiosity, and the ability to communicate clearly and confidently. At the same time, we are aware that PR is a service-based industry, and so we also look for candidates who show an interest and willingness to build strong relationships with our clients and the media.”

The PRCA recommends that PR firms look out for skills relevant to specific jobs roles, so a love of blogging, digital apps or writing stories, for example. This should also be considered alongside candidates age and experience.

Treat apprentices as equal members of the team

Rostrum’s Correia is able to participate in the same type of work that a junior account executive would normally take on, according to Kahn. This is because Rostrum’s scheme is linked to the PRCA, where apprentices benefit from a mix of classroom and on-the-job training, which Kahn believes is a ‘powerful combination’.

“In addition to learning the latest PR theories and best practice techniques from the PRCA, Tania enjoys a close-knit support network provided via her colleagues during the workday, as she continues to learn new skills and take on additional responsibilities,” continues Kahn.

Werner adds: “It is essential both for the personal development of an apprentice and own self-worth that they are treated like an equal member of the team. We do give our apprentice junior and administrative tasks but for her own develop we also want to empower her by providing her a job description that incorporates her own projects.”

To integrate a candidate the PRCA recommends the following: “Incorporate an apprentice in your everyday work flow, it is important that they are treated like any other new recruit in the business. However, it is vital to consult with relevant teams/potential line managers, to make sure everyone is clear about the requirements of the apprentice and are able to provide the required support.”

Opinion: Why “PR” is having a renaissance
Brendon Craigie, co-founder and managing partner at Tyto PR, examines why PR professionals are once again adopting the PR moniker. The public relations industry is in the [...]
News Analysis
Request a Demo and Pricing
Connect on Social:
Is fake news really affecting PR?