At the City and Financial Awards last night, Instinctif Partners and Schroders defended their titles as best agency and best in-house team respectively. 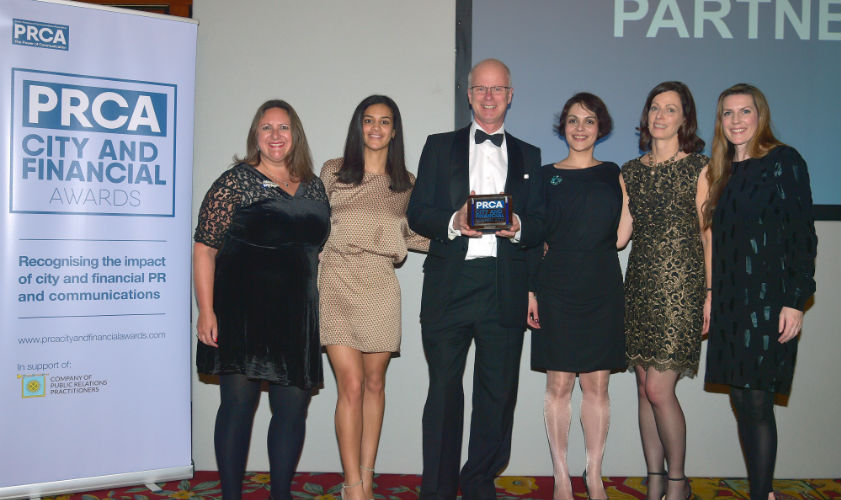 The award ceremony was the PRCA’s second annual event celebrating the best of the financial PR and communications industry.

Winners on the night included Schroders, which successfully defended its title as In-house Team of the Year; and Instinctif Partners, which for the second time won City Agency of the Year. Instinctif also won the Best Annual Report Award for its AGCO annual report.

The Outstanding Contribution to City PR and Communications Award went to Peter Wilson-Smith, director at Meritus. The Rising Star of the Year Award went to Abigail Van-West, senior programme manager at Hotwire.

Speaking at the awards, Francis Ingham, PRCA director general, said: “It has been another fantastic year for the City PR and communications industry. The UK’s City PR industry leads the world as a creative powerhouse and example of great communications.”

Hosted by financial commentator David Buik, the City and Financial Awards was held by the PRCA at the Merchant Taylors Hall on the evening of 22 February.

Opinion: Why “PR” is having a renaissance
Brendon Craigie, co-founder and managing partner at Tyto PR, examines why PR professionals are once again adopting the PR moniker. The public relations industry is in the [...]
News Analysis
Request a Demo and Pricing
Connect on Social:
Beattie opens Cornwall office Chairman of Burson-Marsteller Africa to lead Maggie Nally lecture
Scroll to top
Cookie Policy