Ready10 has been called in by Sutton United FC to provide the National League club with commercial and comms support ahead of its FA Cup home tie with Arsenal on Monday (20 February). 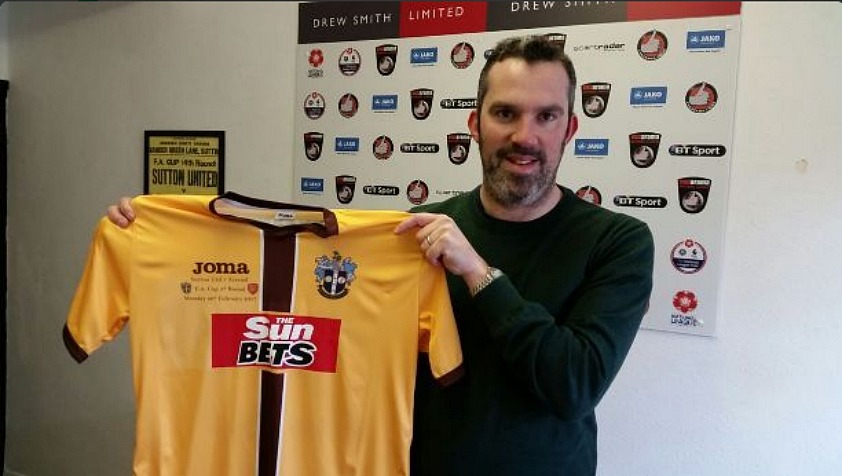 Sutton United, the lowest-ranked team left in the competition, will play Premier League side Arsenal in the fifth round on 20th February having beat Championship club Leeds United in the previous round.

Ready10 has been briefed to help Sutton United with commercial opportunities, as well as support its in-house PR function for the cup tie, which has seen interview and accreditation requests pour in from across the world.

Sutton’s first partnership for the tie was announced this morning with Sun Bets, News UK’s gambling brand, which will sponsor the club’s shirts and behind-the-goal hoardings for the match, which will be screened live on BBC One.

David Fraser, Managing Director of Ready10, said: “This is a fairytale FA cup story and our job is to help Sutton with media opportunities ahead of the tie.

“Although the club is keen to capitalise on its profile, manager Paul Doswell has been very clear that he wants to show the world that Sutton is a family-friendly, community-focused, club.

“In conjunction with the PR team at the club, our job is to help Sutton manage the overwhelming number of media and commercial requests in a way that also enables them fully focus on the biggest game of their lives.”

Opinion: Why “PR” is having a renaissance
Brendon Craigie, co-founder and managing partner at Tyto PR, examines why PR professionals are once again adopting the PR moniker. The public relations industry is in the [...]
News Analysis
Request a Demo and Pricing
Connect on Social:
Nanoco appoints MHP Communications Webinar: What SMEs and start-ups can really expect to gain from a PR campai...
Scroll to top
Cookie Policy