Pagefield, which specialises in reputation management, campaigning and public affairs, has appointed Chris Rogers as a partner. 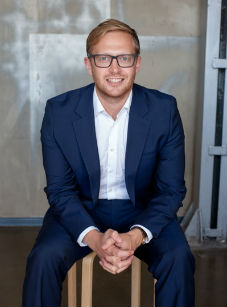 Rogers joins Pagefield next month from Grayling, where he was European director and worked with clients including Facebook, Microsoft, eBay and PayPal.

He also worked as deputy country manager at Grayling’s Russian office, based in Moscow, and prior to that held a number of roles in the agency’s London office.

Rogers’ appointment comes soon after Pagefield announced the promotion of Oliver Foster as its first chief executive in January.

Foster said: “In Chris, we’ve found someone who’s taken on some really interesting challenges in his career so far, and we’re looking forward to welcoming him to the Pagefield family to take on many, many more.

“His experience in both the UK and international political and media landscapes is going to add huge value to the counsel we deliver to our clients, as well as the ongoing development of our brilliant, growing team.”

Rogers added: “In a short space of time, Pagefield has built up a reputation as an agency to watch and one which has an enviable client roster delivering some of the strongest work in the industry. I am really looking forward to joining the team and helping to continue this growth.”

Opinion: Why “PR” is having a renaissance
Brendon Craigie, co-founder and managing partner at Tyto PR, examines why PR professionals are once again adopting the PR moniker. The public relations industry is in the [...]
News Analysis
Request a Demo and Pricing
Connect on Social:
Tavistock advises on Dee Valley Group takeover Dubai Tourism hands UK and Ireland brief to The Brighter Group
Scroll to top
Cookie Policy