Fiona Chow tells Gorkana how her personal experiences led to the creation of her own consultancy Goadi Consulting, and motivated her to help secure rights for women who take maternity leave. 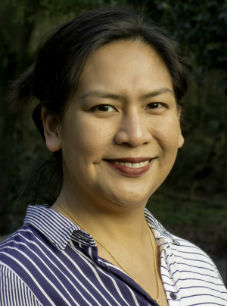 What made you decide to launch your own consultancy?
I was made redundant while on maternity leave with my son and, while I returned to work on a freelance contract, I was struggling to find a permanent role that was both senior and flexible.

It was either one or the other in most cases. At the same time, I was being approached by a number of old clients, colleagues and friends with various projects they wanted me to help with.

The sensible thing was to umbrella these under my own company. It soon became clear that it was only by taking charge of my own destiny in this way that I could carve out a career that would allow me to also spend time with my family guilt-free (ish).

What is the most important lesson you have learned since taking that step?
The power of no. When you first start out the temptation is to take any gig you’re offered out of desperation, panic or gratitude. Fortunately, I’m now in a position to be selective about the projects I take on, and for me it has to be work that I believe in, am proud of and that justifies the time that it takes me away from my son.

When I do say no to a project I always try to offer a solution for the potential client, whether that is to recommend one of the many excellent freelancers I know, or to refer them to the Hoxby Collective if I feel they would benefit from a broader offering or if it’s something I’d like to do or stay involved in, but don’t have the capacity to work on it alone.

What tips do you have for consultants trying to secure lucrative freelance gigs?
Value isn’t always measured in monetary gain so only focusing on lucrative gigs can close off other avenues. I prefer to measure value by the satisfaction I get working on projects I have a real passion for, or with people that I genuinely like and want to support. I believe you’re at your best when you are happy and, as a result, deliver the best version of yourself and your work.

It also helps to look at potential not just profit. For instance, one long-standing client pays the lowest retainer of my whole portfolio but a) I take shares in lieu of some payment – ensuring that both he and I have “skin in the game” and b) he has in turn been responsible for 70-80% of all my new business in the last year either through direct or indirect referral.

Why is the maternity issue close to your heart?
My personal experience of the redundancy process while on maternity leave left me pretty bruised and it took me a good year or so to really recover. I was astounded when I started to share my story by how many of my immediate social circle (including many PR and comms people) had a similar experience, but never spoken about it publicly – either because of embarrassment, fear of being seen as a “troublemaker” or otherwise being pressured to keep quiet. I knew then that maternity discrimination is deep-rooted, systemic and needs to be called out.

It was around this time I discovered Pregnant Then Screwed and was inspired to contact founder, Joeli Brearley, to offer my help/skills in any way that I could. I knew that having signed a compromise agreement my own options were limited, but I became obsessed with how I could help other women in the same situation. As it turns out, my timing was perfect as Joeli was about to go on maternity leave for the second time and needed help managing the high volume of media interest in PTS. I work with her pro bono, have had the opportunity to talk about this critical issue on TV, radio and in print and to help launch a free legal advice helpline and a free tribunal mentoring service in the last year.

Excitingly, this year I will be helping Joeli as we attempt to make PTS a more formal organisation with the appropriate funding so we can continue supporting women – and men – experiencing discrimination and campaigning for critical changes in legislation and employer education that will protect and enhance the rights of pregnant women and mothers.

Why do you think the PR industry still has a problem keeping skilled, female workers in senior roles? What can we do to improve the situation?
It’s not just the PR industry that is at fault, but a societal and cultural change that needs to happen. It’s 200 years since Robert Owen introduced the concept of the eight-hour working day (plus eight hours of rest and eight hours of leisure) as part of the Industrial Revolution, and the world of work just doesn’t seem to have moved on from that thinking.

The culture of presenteeism is deep-rooted and the inherent pressure to be seen to be working, rather than have confidence in the output itself, or trust in your workforce, actually hampers the productivity and creativity that the industry needs.

Technology has moved on to such an extent that remote, flexible working should be the norm, not the exception, in order to capitalise on the skills of people who are currently poorly served by a traditional working pattern.

This applies to women and men who choose to start families, but also older, part time retirees, people with physical or health issues that affect mobility or the ability to commute regularly or those who want to build a career around lifestyle choices and have the best of both worlds. This philosophy is at the heart of the Hoxby Collective, and a reason why I have embraced it as a platform and enjoy my role as head of PR so much.

What advice would you give to your younger self, just starting out in the industry?
Business is personal, so nurture your relationships well – at every level. Stay out of office politics and stick to your principles. I was once “advised” by a manager not to be friends with a particular colleague but chose to ignore that advice – she later handed me one of my first and biggest consultancy clients, and continues to send leads my way from every job she’s had since.

Opinion: Why “PR” is having a renaissance
Brendon Craigie, co-founder and managing partner at Tyto PR, examines why PR professionals are once again adopting the PR moniker. The public relations industry is in the [...]
News Analysis
Request a Demo and Pricing
Connect on Social:
Gorkana meets… The Register and The Next Platform Gorkana meets… London Live
Scroll to top
Cookie Policy