James Crawford, the managing director of Manchester-based PR Agency One, pledges to offer employees up to £1,000 per annum if they wish to opt into the ‘associate EU citizenship’ currently being considered by the European Parliament. 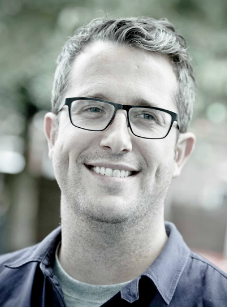 Crawford said: “I support this idea and want my current and future employees to know that they will be able to take up this opportunity if the plan goes ahead, even if there are costs associated.”

The policy is currently being considered by the European Parliament, and has been fast-tracked to the negotiating table by Guy Verhofstadt, the EU parliament’s chief negotiator. UK nationals could have the option to pay a fee in order to keep rights such as freedom of movement in the EU.

Crawford added: “As a small business, with clients in seven European countries, it would also make it easier for our company to do business in the future, knowing my team is able to move freely between countries.

“For many of my team, EU membership is also a great employee benefit because a European passport makes travelling and holiday-making around Europe so much easier. There could be other rights linked to this proposal if it is taken further, such as healthcare.”

Opinion: Why “PR” is having a renaissance
Brendon Craigie, co-founder and managing partner at Tyto PR, examines why PR professionals are once again adopting the PR moniker. The public relations industry is in the [...]
News Analysis
Request a Demo and Pricing
Connect on Social:
Gong Communications hires senior account managers Two wins for Mercieca
Scroll to top
Cookie Policy