Since launching its crowdfunding division in 2013, Dynamo has raised over $30 million for clients on platforms such as Kickstarter and Indiegogo. As the agency prepares to host Dynamo Crowdfunding 2017, a set of events and webinars to ring in 2017, co-CEO Paul Cockerton tells Gorkana his top tips for creating the perfect crowdfunding strategy. 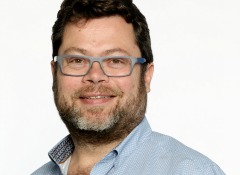 Understanding crowdfunding is a great asset to have in your modern PR toolkit. You can predict how individuals will act as they wait, try to be first, or follow others reacting to a campaign. The tips listed below come direct from our experience with over 60 crowdfunding campaigns.

There are many things you can do to de-risk failure. In an increasingly crowded, noisy and competitive market we’ve listed the essentials:

Build your community in advance

Opinion: Why “PR” is having a renaissance
Brendon Craigie, co-founder and managing partner at Tyto PR, examines why PR professionals are once again adopting the PR moniker. The public relations industry is in the [...]
News Analysis
Request a Demo and Pricing
Connect on Social:
Opinion: Combating stress in the workplace Influencer marketing: what’s next in 2017?
Scroll to top
Cookie Policy