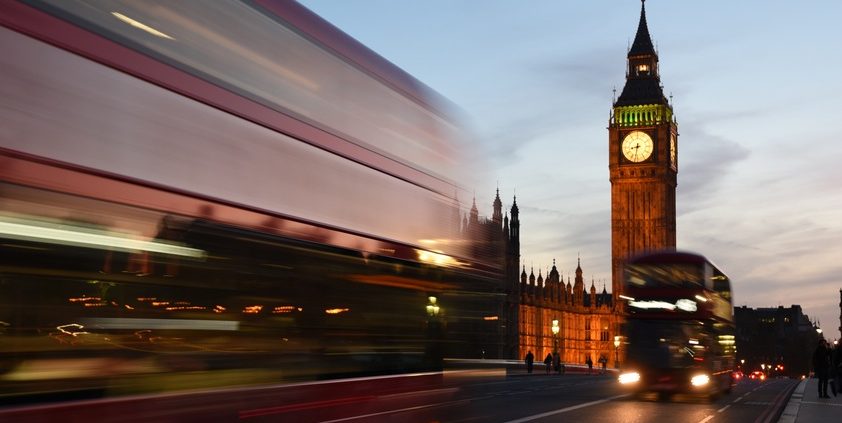 Strategy consultancy Brand Finance reports that the UK’s brand value has remained ‘steady’ post-Brexit, coming in fifth in a list of 100 countries. Corporate reputation experts from Montfort, Bell Pottinger, Pagefield and Aspectus discuss how much control nations have over their reputation.

In Brand Finance’s list of 100 countries in order of brand value, the UK has dropped one place – to fifth – since 2015 . The consultancy says this shows that the UK has ‘maintained a steady, if modest rate of growth despite Brexit and the depreciation of Sterling.’

The US has kept the top spot in the list, despite a potential future with Trump as president, which Brand Finance says could “antagonise businesses, prospective foreign workers, students and governments”.

In order, the top ten most valuable nation brands include: United States, China, Germany, Japan, UK, France, India, Canada, Italy and Australia, in that order. The rest of the list can be found here.

But, how much control do nations actually have over their reputation? Brand Finance considers a range of factors in a nation’s ‘value’ including brand performance, GDP, public opinion and government (see below). So can you control a nation’s reputation? Gorkana spoke to a range of corporate reputation experts:

Nations cannot escape scrutiny but they can have PR strategy

Tim Collins, partner and chairman of political at Bell Pottinger, says nations do have some PR power.

He explains: “Not so much as to escape proper scrutiny, but enough to make having a PR strategy sensible. Nations which choose to have an industrial strategy, a tourism strategy or an inward investment strategy need to have one for their reputation as well for the other to work.”

Mark Gallagher, Pagefield’s senior partner, says when it comes to the UK, the agency has been involved in multiple nation-building events including royal jubilees and the Olympics and – although event production and delivery is complicated – generating positive global media interest is “a walk in the park”.

Both Collins and Gallagher agree that such events mean that the UK’s pre-existent reputation has kept it steady in Brand Finance’s list, despite Brexit. Collins adds: “The fundamentals of the UK’s reputation – its history, culture, language, mindset, democracy – long predated its membership of the EU and are rightly seen as being separate from it.”

Gallagher continues: “This country’s brand is based on global perceptions and centuries of history. I think we Brits are far too close to our own story – and far too combative about it – to properly appreciate how clear and consistent an image we project to overseas audiences.” 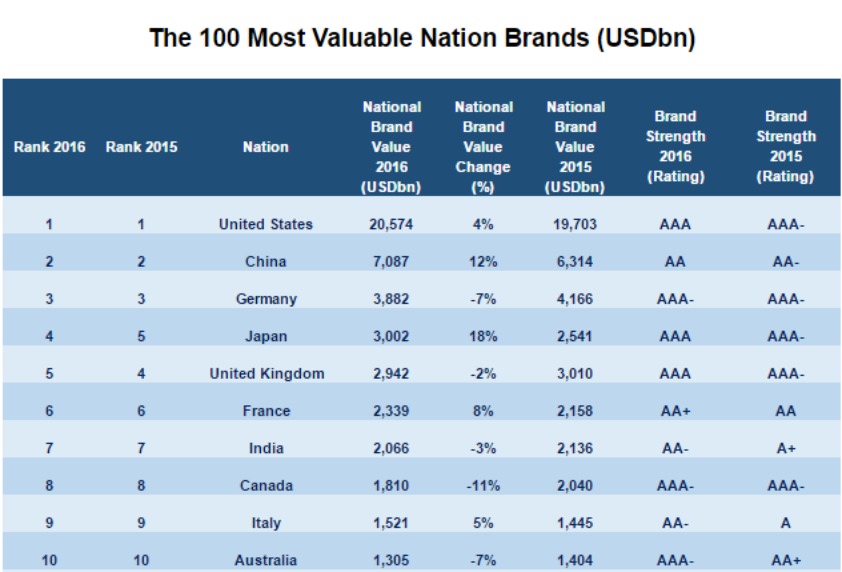 Some of the experts Gorkana has spoken to, however, are not so optimistic about the latest findings.

Gay Collins, founding partner at Montfort, says: “A nation’s brand, if there is such a thing, can’t be measured in weeks or months. It will be years before we can recognise the changes that the Brexit vote and the way the UK responds to it will impact on the perceptions of markets, governments, labour and consumers around the world.”

Collins adds that significant negative changes to reputation generally come from major issues like terrorism, severe – and new – economic hardship and war. “The reputational aspects of those are difficult to control. But building a positive narrative is achievable with the right support, strategy and time commitment,” she suggests.

Brand Finance also strikes a note of caution: “The lack of [the UK’s] movement reflects the fact that Brexit’s consequences are as yet unclear. A great deal depends on the nature of the trade arrangement Theresa May is able to form with the EU.

“The short-term picture for manufacturing exporters is actually somewhat positive as a result of the devaluation of the pound and the continued ability to freely recruit EU workers. However a so-called ‘hard-brexit’ leading to the implementation of barriers to capital, trade and migration could have severe consequences across the board for both the manufacturing and service industries.”

Apectus’ CEO Alistair Turner warns: “There is no ten word answer for how to brand a country. Post-Brexit, it’s vital that brand Britain is well-positioned and that our reputation as a creative, innovative business hub grows. Let’s hope it’s not mayhem, but, instead, that we are seen as open for business and keen to trade.”

Opinion: Why “PR” is having a renaissance
Brendon Craigie, co-founder and managing partner at Tyto PR, examines why PR professionals are once again adopting the PR moniker. The public relations industry is in the [...]
News Analysis
Request a Demo and Pricing
Connect on Social:
Can Facebook’s Workplace lead on internal comms?