Mark Flanagan, senior partner for content and digital strategy at Portland,  believes that there is opportunity for businesses to produce content that informs or entertains, and where the commercial imperative is reputational rather than advertising-led. 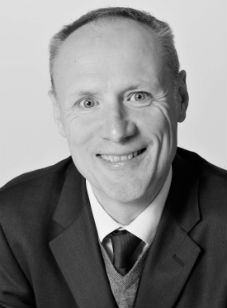 Among academics, the maxim “publish or perish” means publish your research, or risk losing your job.

The term could equally apply to business, where the future winners are the companies who seize the opportunity to tell their own story, and reach audiences directly.

A seismic shift is taking place, driven by the proliferation of social media and a breakdown in traditional publishing models.

This year has seen the demise of The Independent newspaper in print, and the failure of New Day, Trinity Mirror’s new venture, which folded two months after launch. The collapse of the newspaper advertising market, as well the easy availability of free content elsewhere, means that further closures will follow. The rise of ad-blocking technology on smartphones will also threaten publishers’ ability to provide free content. Broadcasters are under pressure too. Most young people now get their news online, rather than from traditional sources such as television.

At the same time, new native digital publishers, such as Buzzfeed, Vice, Vox and Huffington Post, are building big audiences, particularly among millennials. Buzzfeed has made its name by showing an aptitude for turning data into popular content. In a similar vein, Facebook is growing its Instant Articles platform, which allows all businesses to publish rich content directly to the social network.

With developments in technology, audiences expect companies and organisations to engage them directly. People require brands to meet them where they are. When you are aren’t present on social channels, you are merely the subject of other people’s opinions. The opportunity is rife for businesses to be in this space producing content that informs or entertains, and where the commercial imperative is reputational rather than advertising-led.

This is already happening with a number of Portland’s clients. Uber can now reach more Londoners with a personalised email than through a story splashed on the front page of The Evening Standard. Likewise, Aviva is turning dry, complex, financial data into visually appealing graphics and video, suitable for sharing on social media.

The challenge for all brands is to create content which is interesting in itself, rather than simply a mouthpiece for the products.

Most corporations have established a presence on social media – but a lot of the content is vapid and self-serving. A glance at LinkedIn now has you smothered in other people’s wisdom. Savvy audiences are looking for organisations to go beyond the glossy façade and start being authentic, clever and surprising.

So, as content marketing and storytelling fall more frequently to businesses, we are likely to see the communications department evolve into something akin to a publishing department. Of course, many corporate teams don’t have either the internal buy-in or the capabilities to seize this opportunity. That’s where agencies like Portland come in. We’ve built our Content & Brand team with in-house capabilities across design, web development, copywriting and video. By focusing on quality and alignment with business objectives, communicators can create more of a level playing field between their own content and that of traditional publishers.

Opinion: Why “PR” is having a renaissance
Brendon Craigie, co-founder and managing partner at Tyto PR, examines why PR professionals are once again adopting the PR moniker. The public relations industry is in the [...]
News Analysis
Request a Demo and Pricing
Connect on Social:
Opinion: How to replace ‘hurry sickness’ with creative success Opinion: Updating the crisis manual for a new generation
Scroll to top
Cookie Policy