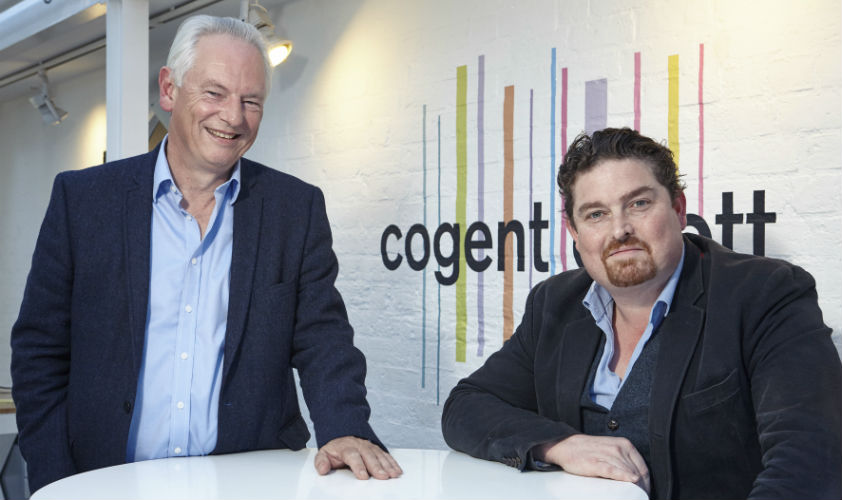 Hutton spent the last three years on several food-based ventures, including his own brewing company. Prior to that he held numerous senior positions at Mission Marketing Group and Bray Leino, and held a chairman role at IPA (Institute of Practitioners in Advertising).

Hutton said: “These are exciting times to be joining Cogent, and I’m looking forward to playing my part in helping our current clients grow their businesses, and working with new brands.”

Maude is a Conservative politician who served 25 years on the front bench in the House of Commons, including posts as minister for the cabinet officer and paymaster-general.

He has also held senior roles within the comms industry including chair at Incepta Group, deputy chair at Huntsworth Group and chair at Mission Marketing Group.

Maude added: “I’ve known Cogent for 30 years as MP for North Warwickshire – I lived half a mile from its Meriden base. Cogent is such a great agency that consistently produces work of the highest quality. It’s a pleasure to be involved in the next stage of its journey.”

Tim Pile, chairman at Cogent Elliott, said: “I am absolutely thrilled that Bruce and Francis are joining Cogent at this moment in our journey. These are both very significant hires for us, and between them will bring a vast array of skills, exceptional management and client focus, plus immense energy and outstanding leadership to our business.”

Pile will continue on the Cogent board in a non-executive capacity.

Opinion: Why “PR” is having a renaissance
Brendon Craigie, co-founder and managing partner at Tyto PR, examines why PR professionals are once again adopting the PR moniker. The public relations industry is in the [...]
News Analysis
Request a Demo and Pricing
Connect on Social:
Raft of wins for Murray Chalmers PR Luxury charter jet firm hires PMW Communications
Scroll to top
Cookie Policy