Entries are now open for the 2017 Creative Shootout, a one-day creativity competition now available to all marketing disciplines. This year, participants will need to create a campaign for mental health charities Mind and Rethink Mental Illness, with finalists pitching the idea in front of a live audience in January. 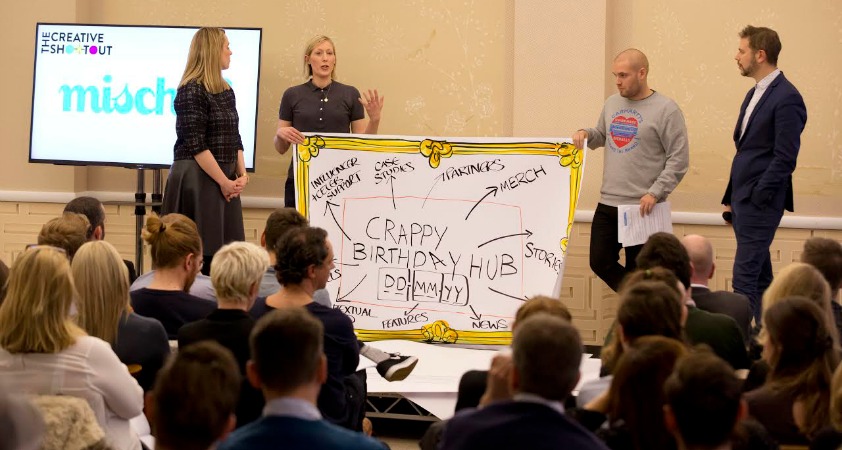 Entry, which opens today (19 September), is done by giving the judges just ‘60 seconds’ on why the agency, or in-house team, believes it has the creative clout for Mind and Rethink Mental Illness.

According to the organisers, the format can involve any content – visual, video, showreel, app, audio, written, an email or even a cake – but it must be viewed, read (or digested) in 60 seconds by the judges.

From there, entries will be shortlisted to eight finalist teams, which will go on to compete in a live head-to-head final on 19 January 2017 in London.

Finalists will receive a real brief on the morning of the final from Mind and Rethink Mental Illness. They will then pitch it back to judges and a live audience of several hundred in the afternoon. In the evening, first, second and third winners will be crowned at an after party.

The Shootout’s official partners are  Haymarket Media Group and Launch PR. It is also supported by associations including The IPA, CIPR, CMA, PRCA and IAB UK.

The 2017 judging panel will consist of:

Teams can enter the competition until Friday 11 November. More information on how to enter the Creative Shootout can be found here.