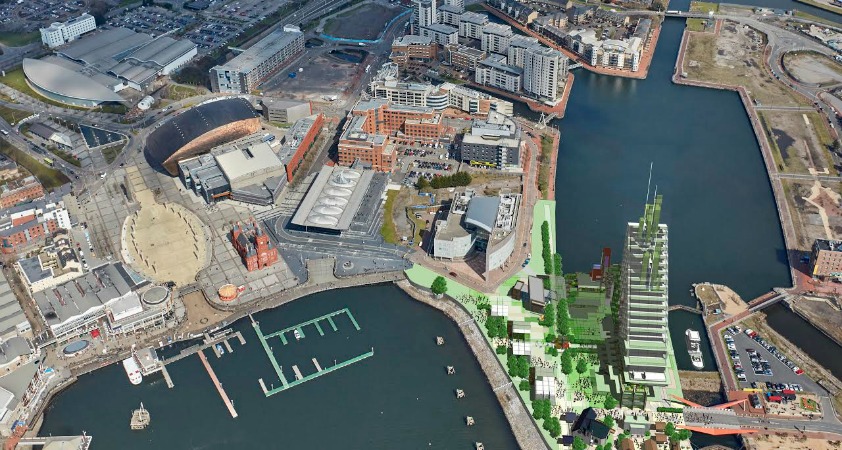 Nicola Beech, head of stakeholder engagement at JBP, said: “We’re delighted to be supporting the Dolffin Quay scheme and the continued regeneration of Cardiff Bay, which will be a boost for the local economy. We’re looking forward to engaging with the local community and gathering feedback so ABP can ensure the best possible proposal for this iconic area of the Bay.”

The developer unveiled plans for the development, which aim to ‘revitalise’ the eastern side of Cardiff Bay, this week. They include proposals for new waterfront shops and restaurants, up to 200 new two-and three bedroom homes, with panoramic views across the Bay and Bristol Channel, and 30,000 sq ft of commercial floorspace.

ABP will submit an outline proposal for Dolffin Quay, which it says supports the City of Cardiff Council’s aspiration for the Bay’s continued regeneration.

A public consultation on the proposals will begin during September incorporating the views of Bay residents and a wide array of interest groups.

Opinion: Why “PR” is having a renaissance
Brendon Craigie, co-founder and managing partner at Tyto PR, examines why PR professionals are once again adopting the PR moniker. The public relations industry is in the [...]
News Analysis
Request a Demo and Pricing
Connect on Social:
Newgate forms MWW alliance Pagefield makes two new hires
Scroll to top
Cookie Policy