Four Communications Group has acquired Rain Communications for an undisclosed figure, as the business looks to extend into the retail, destination and luxury sectors. 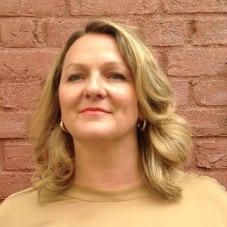 Rain, which was formed over a decade ago and includes New West End Company, McArthurGlen Designer Outlets, Midtown BID, Centre MK, Springboard, Walpole British Luxury and London Luxury Quarter amongst its client roster, billed some £1.6 million in fees in 2015, while Four brought in £21 million in fee income in the same year.

The agency will rebrand as Four Rain, with its founder, Delia Hyde, taking on the role of chief executive. She will also join the board of Four Communications Group.

Hyde said: “Becoming part of Four Communications Group as its retail, destination and luxury specialists provides us with both a bigger stage to operate on and the opportunity to work with other Four services including digital, design and media planning & buying. This will boost our capabilities and help us continue to deliver outstanding service to clients.”

It is anticipated that Four Rain will work closely with many of Four’s other practices, including Four Public Affairs, Four Culture, Four Travel, Four Property and recently launched Four Brand, which is led by MD Sally Hetherington, who joined the agency in June from Edelman where she was head of brand for its London operation.

The acquisition is the fifth since Four secured a £10 million investment of equity finance from BGF (Business Growth Fund).

Nan Williams, chief executive of Four Communications Group, added: “The expertise and experience of the team at Rain strongly complements the existing offering at Four. There is an excellent cultural fit, great potential for cross-working and the immediate opportunity to enhance our offering in the retail, destination and luxury sectors. We’ve long been admirers of Rain’s work and we’re looking forward to welcoming them into Four.”