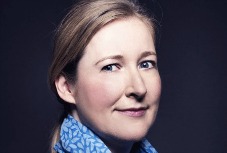 The initiative, Great British Women in the Car Industry, was created to celebrate the role of women in the automotive industry at a judging day held jointly with the Society of Motor Manufacturers and Traders (SMMT) last week.

Pargeter joined Jaguar Land Rover in 2009, and was promoted to head of global PR comms in 2012. Before that, she headed up UK product PR for Ford.

Lisa Brankin, marketing director for Ford of Britain, was also named for marketing, while Citroën’s Global CEO, Linda Jackson, topped the executive category and was named the most influential British woman in the car industry overall.

Jim Holder, Autocar’s editorial director, said: “The achievements on our list of 100 outstanding British women in the global car industry are breathtaking and a testimony to the breadth of skills and capability in the sector.

“We recognise that challenges exist in the industry we love, which may deter women from pursuing an automotive career, as well as the implications that the under-representation of women could pose for the future of the industry. This is something that needs to be rectified.”

Holder recently spoke exclusively to a Gorkana audience about the future of automotive publishing, the industry itself and his role on Autocar’s sister title, What Car?

A full list of the Great British Women in the Car Industry winners can be found here.

Opinion: Why “PR” is having a renaissance
Brendon Craigie, co-founder and managing partner at Tyto PR, examines why PR professionals are once again adopting the PR moniker. The public relations industry is in the [...]
News Analysis
Request a Demo and Pricing
Connect on Social:
Instinctif hires strategic creative director Louise Mason joins Citigate Dewe Rogerson
Scroll to top
Cookie Policy