Manifest London’s co-founder, Alex Myers, has taken full control of the agency, as well as Manifest New York, following a deal that sees minority shareholders Nev Ridley and Shaun Beaumont sell their stake in the business for an undisclosed sum. Sister agency Manifest Communications, owned equally by Ridley and Beaumont, will be renamed ilk and is due to open a London office next week.

Manifest Group has been created as a new entity to support the deal, which will comprise of Manifest London and Manifest New York, as well as its content division, O. 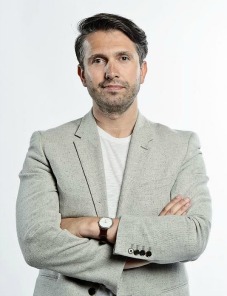 The independent business was listed as the fastest growing agency in PR Week’s Top 150 this year, and has won major clients, including Sony PlayStation, ASOS, Rightmove and Durex, over the last 12 months.

Myers said: “When we established Manifest London in 2009, we frequently worked in partnership with Manifest Communications – sharing a name and even some clients. Over the years, Nev and Shaun have offered great support and experienced advice as valued shareholders, but as both agencies continue to grow and go their own way, it seemed the right time for them to sell their stake in Manifest London and concentrate on their original business, now to be known as ilk.

“I am immensely proud of what we have achieved so far at Manifest, and taking full ownership of the business and the brand means we have the capacity to reward our amazing team with equity in the future.”

Manifest Communications, which is based in Leeds, was originally founded in 1999 and has grown into an integrated agency with a 34-strong team working for clients including Brooklyn Brewery, Barratt Developments British Military Fitness and ASDA.

Its name change to ilk, which will avoid confusion between the businesses, coincides with the company’s Leeds base moving to larger offices in the Leeds Dock area of the city. ilk also has offices in Manchester and will open a new London base on 1 August.

Ridley said: “It’s been 16 years since Shaun and I set up Manifest Communications, and now, as ilk, we’re entering a brand new stage in the development of the business. It was exciting to join forces with Alex in London in 2009 and to help launch the Manifest London business, but the time has come to let Alex take his agency where he wants to go, and for us to concentrate on the continued growth and evolution of ilk as a leading integrated agency in the UK.”