Stuart Jackson, VP Communications at Nissan and founder of UP Communications, on his unique hiring techniques, why journalism in the 90s was ‘like the Wild West’ and why people shouldn’t use the word ‘comms’ as a verb. 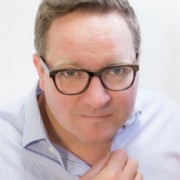 How did you get into corporate comms?

I moved from being a poor journalist to being a slightly less-poor PR overnight. It was a tough transition, as tabloid journalism in the 90s was like the Wild West. There were two rules: don’t get arrested and don’t get sued. Aside from that, everything else was pretty much fair game. Moving from that world into a corporate world where there are rules, and where you saw stories every day that you had to suppress rather than share was hard to get used to.

What’s the biggest difference between a corporate role like the one you have at Nissan, and being a leader of a start-up such as Up Communications?

When you start a business from scratch, you’re chief exec, account exec and everything in between. It’s an incredible ride and I’d advise anyone who’s in a corporate role with a bright idea to take the leap and do it, just like we did at Up. Then, if you head back into a corporate role, you take a huge amount of experience, learning and perspective with you that you didn’t have before.

During your time with Up, the business set up a own-branded pub (The Up Inn Arms) to hire new recruits. What was the result of this? Did you find better communicators with this method?

Yes. We had every kind of person come through the doors that day. From waiters to military trumpeters to TV execs. The idea came about because so many young PRs we were seeing through traditional recruiters simply couldn’t communicate and didn’t want to speak with journalists. Our interviews in a pub – the home of the original social network – meant we could get to meet the real person behind the ‘interview face’. Our key hire that day is still with the company.

What’s the main thing you have learnt as VP of comms for Nissan Europe?

That travelling by plane is actually a more relaxing experience than commuting on South West Trains. And that the car industry is undergoing a fascinating transformation that’s going to change our world in the most unexpected ways over the next ten years.

Always have a plan. You’ll sleep better that way.

What’s the first piece of media you consume in the morning?

If you could change one thing about corporate comms, what would it be?

How do you switch off at the end of the day?

A conversation with my kids usually puts everything into perspective. They’re a useful leveller.

Opinion: Why “PR” is having a renaissance
Brendon Craigie, co-founder and managing partner at Tyto PR, examines why PR professionals are once again adopting the PR moniker. The public relations industry is in the [...]
News Analysis
Request a Demo and Pricing
Connect on Social:
Behind the Headlines with Stir PR MD Alicia Mellish Gorkana meets… The Courier editor Richard Neville
Scroll to top
Cookie Policy