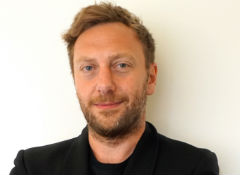 Warren Johnson, founder of W Communications, says the launch of digital agency fortysix last week at Ad Week Europe has reinvigorated the diversity debate and offered a lesson for PR.

Fortysix is part of advertising group Dentsu Aegis Network [parent company of a W client] and will be made up of digital native talent from diverse backgrounds who wouldn’t normally get the opportunity to work in marketing.

The news was not a complete surprise given how long DAN’s UK chief, Tracy De Groose, has been campaigning for real change in this space.

As a white middle-class male, it may seem brazen for me to join a discussion on the industry’s diversity (or lack thereof). However, I absolutely applaud the entrepreneurial spirit that this new agency embodies.

Having worked in PR for 15 years, I have seen our industry stumble around this topic for far too long. It has collectively failed to foster a community of smart, creative, committed and, most crucially, diverse individuals.

The shocking fact that only 9% of PR practitioners are from non-white backgrounds speaks for itself. Most PR agencies house a monotonous species of white, middle-class, heteronormatives.

Fortysix is a call to action for an industry that has long wrestled with the twin challenges of diversity and authenticity, and PRs would do well to take note.

The MOBO Organisation [a former W client] is already doing plenty to promote the next generation of creative talent, while raising awareness of the discrimination facing minorities in the creative industries.

Last year, it revealed a mere 11% of creative economy jobs are filled by BAME (black, Asian and minority ethnic) individuals, while women make up only 37% of jobs in this sector.

The takeaway for PRs is that diversity is not simply a numbers game, in which agencies must reach a certain “quota of diversity” to tick an HR box.

Rather, as MOBO’s founder Kanya King said: “We need our creative industries to reflect the general population, not only for social justice, but to enable it to flourish.”

As social media brings people closer together, PR needs a diverse workforce that understands the growing complexity and diversity of the audiences they want to engage with to help capture business opportunities and drive higher impact campaigns that actually resonate with consumers in the right way.

De Groose’s decision to launch fortysix is testament to how big an issue diversity has become, and highlights the need for action in our own industry.

It’s clear that we have the opportunity to take things even further, by weaving diversity into every aspect of the work we do to build an industry that is perfectly in sync with the people it most wants to influence.

Opinion: Why “PR” is having a renaissance
Brendon Craigie, co-founder and managing partner at Tyto PR, examines why PR professionals are once again adopting the PR moniker. The public relations industry is in the [...]
News Analysis
Request a Demo and Pricing
Connect on Social:
Mercieca wins CocoPro launch brief