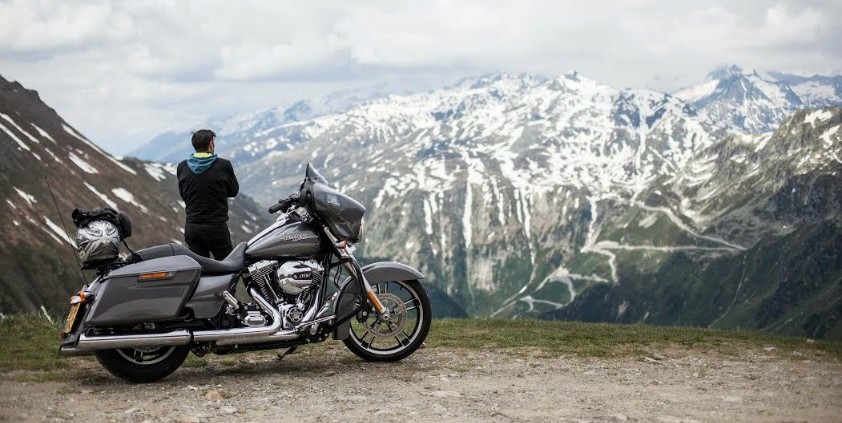 When Harley-Davidson wanted to tap into its target audience of touring motorcycle riders, Lexis set in motion an evolving ‘Discover More’ competition that would offer one lucky biker, selected from more than 10,000 entries, the chance to create the ultimate European biking adventure.

Several key brand themes resonated, including the sense of freedom offered by the open road and the Harley-Davidson camaraderie, bikers built along the way.

Harley-Davidson tasked Lexis with creating a European-centric campaign that would communicate to customers, competitor riders and potential new motorcyclists why touring on a Harley-Davidson is a unique, once-in-a-lifetime experience, while enhancing their emotional connection with the brand too.

Lexis wanted to create an experience that encapsulated Harley-Davidson’s spirit and passion for personal freedom and the open road, aimed at the touring audience, while driving sales and coverage for the brand across motorcycling and lifestyle media.

Our brief was to:

Taking inspiration from the brand’s roots, we devised ‘Discover More’ – an iconic touring adventure that saw riders take to some of the most incredible, challenging roads across Europe, the Middle East and Africa, travelling more than 20,000 km across more than 30 countries. We enlisted the service of more than 50 motorcyclists from across the region to experience their dream, join the tour and share their stories with the world.

In 2015, we evolved the concept of Discover More. We decided to find just one rider who exemplified the Harley spirit to win the chance to tour around Europe while being paid a generous salary and getting to keep the bike.

The lucky winner, Luis Castilla, then planned and starred in his very own European adventure. Travelling through more than 20 European countries and accompanied every step of the way by a dedicated film crew, Luis sought out the best riding roads in Europe and shared his experiences through social media and a dedicated ‘Greatest Rides’ website.

The content rich, authentically European experience gave Harley-Davidson a storytelling platform that was tailored to each and every market through media relations, influencer & stakeholder engagement, social media and customer engagement.

We devised the overall concept, the broader comms strategy and worked tirelessly with the Harley-Davidson team in selecting the winning rider (from more than 10,000 entries), tailoring the story and maximising the coverage on social channels and in the media.

The campaign delivered on all fronts. It reached non-bike media and increased presence in mainstream and lifestyle media for touring.

It raised awareness and created engagement for Harley-Davidson Touring amongst new customers and competitive riders.

The campaign didn’t just showcase to the world the rich cultural, unexpected experiences that can be had on a motorcycle tour. It also proved that superb handling and comfort go hand in hand when touring on a Harley-Davidson motorcycle on some of the most technical roads in the world.

Discover More not only tapped into the rich emotions associated with motorcycling touring, but the raw human passion for adventure, for pushing boundaries, for living live to the full.

The sheer volume and quality of entries for the 2015 competition demonstrated how deep these emotions run not just in motorcyclists, but also in people.

Discover More gave its target audiences a reason to believe, to contribute, and to live the dream. It made good on the brand’s promise to ‘fulfill dreams of personal freedom’.

The campaign was so successful in 2014 and 2015, it has evolved again in 2016. This year, two winners will get the chance to ride Harley-Davidson touring bikes on anywhere in the world. In addition, the winning pair will also be given €5,000 spending money for the trip.

Mike Johnstone, EMEA marketing director at Harley–Davidson, said: “Discover More 2016 is designed to give riders the opportunity to win an experience on two Harley–Davidson touring models anywhere in the world. This year, we want riders to tour on their own terms and we’re looking forward to seeing the route the winning pair chooses.”