Nobull Communications has been appointed to support The National Rheumatoid Arthritis Society (NRAS) and handle consumer PR, corporate PR and seasonal media campaigns for the charity. 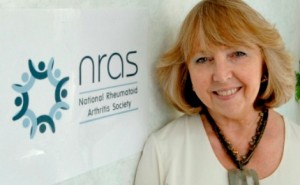 the UK living with rheumatoid arthritis (RA) and is the only charity devoted specifically to the condition.

Nobull was hired by the charity after carrying out pro bono work for the NRAS during RA Awareness Week 2015 in June last year.

Clare Jacklin, director of external affairs at NRAS, said: “Nobull really impressed us with the pro bono work they took on for us during RA Awareness Week 2015. Nobull quickly showed a great understanding of our audience and helped us create and deliver an impressive awareness campaign.

“Its creative approach to communicating these messages has allowed us to reach more people with rheumatoid arthritis. The team were so supportive and passionate, it felt like they’d worked with us previously, but this was our first campaign together! We can’t wait to get stuck in to 2016 and work together to raise awareness.”

Anne-Marie Payne, Nobull director, added: “We worked with NRAS last year on their annual RA Awareness Week campaign and it was exciting to see such a positive reaction from Members and supporters of the charity. Raising awareness of RA is something we are determined to do and we are enthused by the hard work that NRAS does all year round to tirelessly raise awareness and funds to support the 1% of the UK (population) with this condition. We are eager to get stuck in to the campaign.”

Opinion: Why “PR” is having a renaissance
Brendon Craigie, co-founder and managing partner at Tyto PR, examines why PR professionals are once again adopting the PR moniker. The public relations industry is in the [...]
News Analysis
Request a Demo and Pricing
Connect on Social:
Food sharing app OLIO hires Marlin PR to grow brand awareness in UK