Comms agency Influential has won and delivered a trio of integrated creative campaign briefs for Liverpool John Lennon Airport, Chargepoint Technology, and The City of Liverpool College, which the firm says highlights its expanding through-the-line offering. 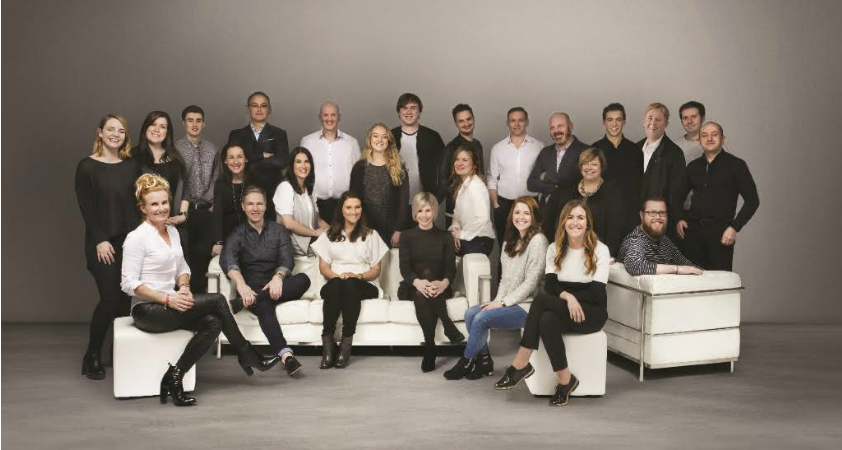 The team at Influential

The agency’s ‘Shop Fly Save’ campaign was developed as an over-arching concept to promote the savings passengers could make when purchasing at the airport.

A second campaign was created to specifically raise awareness of the shop and collection service.

Using a new positioning line, ‘Not Just A Valve’, Influential’s campaign for the business, drew on its expertise in Life Sciences and Pharma comms. At Interphex, the largest sector trade show in North America, the agency created large banners, initiated engagement with journalists, and generated social media activity, which resulted in further sales.

The agency also delivered a major campaign for The City of Liverpool College, which provides a set of options for young people and adults to enhance their skills. Influential delivered a multi-channel six-month recruitment campaign targeting 16 to 18-year-olds.

McGrath said: “Strengthening and developing our creative offering is a key priority for the business and we’re delighted to have been appointed and to have subsequently delivered such strong campaigns for these three very diverse companies. These campaigns showcase the agency’s ability to work across sectors, identifying and drawing out compelling messaging and using visual, engaging and relevant mediums to communicate our customers’ messages to diverse groups.

“Each campaign was designed and developed to provide a cost-effective, comprehensive, and highly creative solution to a specific client requirement. Our bold, integrated campaigns have enabled each client to cut through and reach their target market, creating great impact and brand visibility, but more importantly, delivering real results.”

Opinion: Why “PR” is having a renaissance
Brendon Craigie, co-founder and managing partner at Tyto PR, examines why PR professionals are once again adopting the PR moniker. The public relations industry is in the [...]
News Analysis
Request a Demo and Pricing
Connect on Social:
Telecoms firm Toople appoints Redleaf North West agencies join forces for Carers Trust campaign
Scroll to top
Cookie Policy