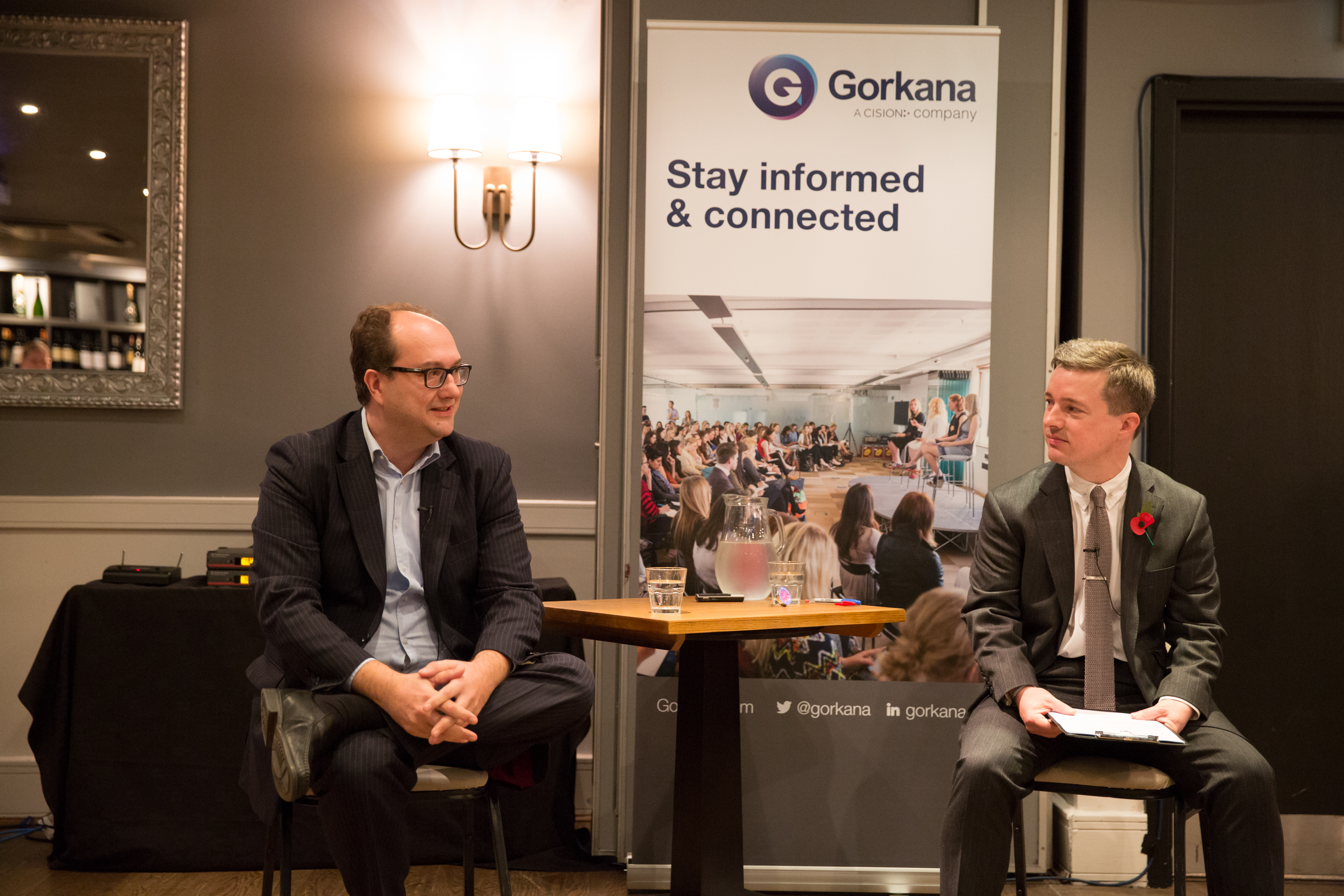 Gorkana held a media briefing with Clive Horwood, editor of Euromoney, on 3 November.

Launched in 1969, Euromoney is a monthly publication providing information on international banking and the capital markets. Its specialist journalists bring you an authoritative round up of the capital markets, investment, foreign exchange & treasury, and regional markets including Asia, Latin America, and EMEA.

“We do think finance is a force for good if applied properly. Banks can play a part in developing economies.” Being a “critical friend” to the capital markets, the meaning of exclusivity and how banking regulation is going to dominate the headlines in 2016, were just three of the topics covered by Clive Horwood, editor of Euromoney.

The international banking industry and the capital markets have experienced big changes in the ten years of Clive Horwood’s editorship of Euromoney. Aside from major events and trends – the 2008 financial meltdown, digital disruption, globalisation – the character of the industry has changed. “A lot of the big characters have left the industry or had their character beaten out of them, which I think is a great shame”, he said. “Finance is an exciting market and I think people are a little bit too scared to say what they think, because they are concerned about how that might be published.” Yet as Horwood explained, the typical Euromoney reader is any financial professional who is interested in banking and is looking for an analytical take or “different angle” on the industry. These are three key things that PRs should know about the outlet that we learned in a media briefing with Philip Smith, head of content and news at Gorkana.

Longer lead times allow for stronger relationships
“For us it’s important that we don’t have the pressure of constantly producing content; that we sit down and have a chat and get to know each other. Allow us to come in and have conversations”, asked Horwood. Euromoney’s lead times can run up to three to four months ahead of publication date, so off-the-record interviews often provide critical space for its journalists to expand their knowledge base for these longer features.

Being a “critical friend” isn’t just about publishing what you want to hear
“We’re a critical friend; banks know we are predisposed towards them but if they mess up, we are going to hit them pretty hard.” Euromoney maintains its editorial edge by remaining amenable to the financial institutions it covers, without coming from the overtly “cynical” stance that some of its competitors do. As Horwood says, producing content for the magazine and online isn’t about chasing traffic. He added: “If we were just publishing puff around the banking industry, soon enough no-one would want to advertise with us as no-one would be reading us and we’d have no credibility”.

Good access can make a great story
“The ideal story has got to be different. Our aim is not to be in the newsflow – there are plenty of people who do that. What we say to people who run these institutions is come let us talk to you for an hour, and while you’ll get one of two short quotes from Bloomberg, for example, we will write six pages about you and let you get your message across. We are looking for depth through our access, and through different angles.”

Emily Hodson, EMEA PR assistant at JLL, attended the event. She said: “Clive was very thorough about what he wants from PRs which is great and Philip asked some really great questions. As someone who is relatively new to PR and to this industry it was very useful.”