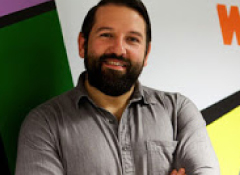 Native advertising, if you don’t already know, is the current big thing in digital advertising.

Rather than the banners, boxes and pop-ups that we’ve all learned to ignore, native ads appear in-feed and match the editorial style of the website, although they’re labelled as ‘sponsored by’ or similar – think the sponsored stories on Buzzfeed, Sponsored Posts on Facebook or Promoted Tweets.

Most importantly, they provide richer, more creative, more immersive content than will ever be found in a 300×250 banner ad. Content could be anything from Netflix’s analysis of changing TV habits with Wired to Dolce & Gabbana discussing the impact of the Minions on global fashion.

Great, think PRs, but what does that all mean for me?

Firstly, PRs are under the cosh like never before to secure coverage -but it’s getting harder and harder to do so as the media landscape becomes more and more fragmented. They might do a great thought leadership piece, but if it only remains as a blog on a single site, is that going to make their clients as happy as they could be?

Native is a great way of making those great thought pieces work harder and getting them out to a much wider (but still targeted) audience. Many PR agencies already use social networks to share their work, so this is just a logical next step.

Secondly, native is, at its heart, about content. Brands are ramping up their content marketing budgets and everyone is trying to get a bigger piece of the action – PR, advertising, media and creative agencies are all fighting a turf war for that money. But the thing is, PRs are actually at an advantage over their peers when it comes to content – their whole model is already about creating eye-catching headlines, enticing prose, engaging videos and the like.

This puts them in a very strong position to provide brands with creative content, provided they can demonstrate how they use and understand it already. Native gives them that foot in the door – they’ve already handled magazine advertorials for decades and native ads now offer a similar opportunity.

In essence, native advertising allows PR agencies to extend their reach and take their ideas further. The good thing is they’re doing so while simultaneously working around the ‘creativity gap’ currently stifling the world of digital display advertising: banner blindness is already prevalent, there’s considerable growth in ad blocking software and advertisers simply cannot be that creative with the limited space available in a banner ad.

So if native allows PR agencies to seize a larger percentage of brand content budgets, widen the reach of the coverage they generate for clients and demonstrate that they’re still the undisputed kings of creativity, the question actually becomes, why aren’t they doing it?

Opinion: We must use AI to excel in the next frontier of PR
Kerry Sheehan, the CIPR’s AI in PR panel PR director, talks about how AI is shaping the next frontier of PR and considers the findings of the panel’s new research paper. The [...]
PR Tips
Request a Demo and Pricing
Connect on Social:
Inspiring lessons in communications from Cannes Lions