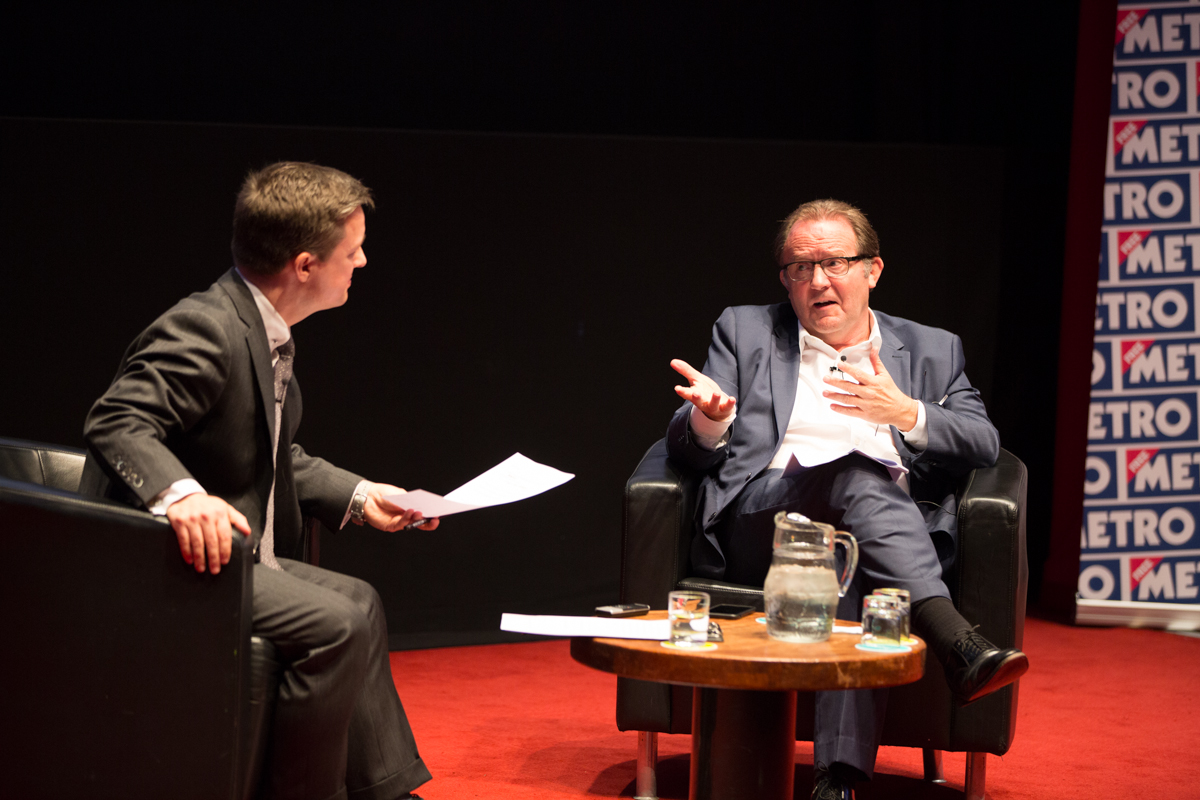 The Metro newspaper launched in London in 1999 as a free tabloid newspaper for morning commuters. Since then it has grown to produce editions in 12 main UK regions.

It’s more than a year since Ted Young became editor. In an exclusive Gorkana breakfast briefing event, he revealed what he believed readers were after in a free national newspaper, why content is king and the top tips for PRs to engage with the editorial team and the paper’s 3.4 million-strong readership

“Anyone who says print is dead should come on my tube in the morning.” Fighting words from Metro editor Ted Young at today’s Gorkana breakfast briefing. “I can’t think of anything more mobile than a newspaper.”

As Young makes his daily commute into Central London for work among Metro’s “core readership”, he revels in witnessing people young and old picking up a copy of the free newspaper, which first launched in 1999. It now has a national readership of more than 3.4 million.

Young joined Metro last July as its fourth editor after two years in the US as editor of New York Daily News Online. Asked to describe Metro in three words when he started, he replied: “A free newspaper.” When challenged as to what those three words would be in a year’s time, he answered: “I’d buy that.”

To implement his vision for Metro, Young has initiated several changes to its content, with ramped up political coverage, the addition of mainstream reviews and bite size foreign news, and enhancements to Metro Talk (texts from readers offering their points of view) and Good Deed Feed (which Young hopes makes commuters feel better about the world on their way to work).

He explained: “I see Metro as a solid place where, in the morning, we have aggregated the news for the commuter so that by the time he or she gets to the office, they’ll have a pretty good idea of what the main news, gossip and sports stories of the day are.”

Strong content has to be at the centre of what Metro offers: “Just because a paper is free, doesn’t mean people will automatically pick it up.” In the last year, while overall national newspaper readership has gone down by 6%, Metro’s readership has risen by the same number. “You don’t achieve that without providing something that people want to read.”

Talking to Gorkana’s head of news and content, Philip Smith, in front of a packed audience of PR professionals, Young offered his tips for engaging with the Metro editorial team.

He had asked his team to provide an exclusive insight in to the workings of Metro and what PRs should think about before making their approaches. Here are just a few of them:

Metro is not just a London paper – it’s national! The free paper is distributed in 50 cities across the UK. Remember this, when pitching in your ideas.

Be upfront and transparent. “I get on with PRs who are upfront and not trying to pull the wool over my eyes”, says Young.

Can your story wait? Daily newspapers are constantly on the lookout for stories that will hold – specifically Sunday for Monday. “The Monday paper is very important for me”, says Young. “It sets the tone for the week.”

Make sure subject lines are catchy when sending press releases. The team gets thousands every day, so your one needs to stand out.

Don‘t expect a yes or no answer from the team. If they are interested in your pitch, they’ll get back to you.

Finally, don’t make the journalist do your job! Make sure your email has all the relevant and information and pictures included.

Attending the briefing, account executive at DeVriesSLAM, Heather Doughty, said: “I found this morning’s briefing with Ted Young really informative and well structured. Philip Smith led the conversation naturally and allowed Ted to cover a wide range of topics, while consistently bringing the discussion back to being relevant for PRs.

“Ted Young provided some great insights into the day-to-day work in the Metro office, as well as giving some handy tips from his other team members on how to best pitch a story.”