“Our audience trust Time Out to curate the best of London.” At an exclusive Gorkana media briefing this morning, Time Out’s features editor, Gail Tolley, and UK head of digital, Mark O’Donnell, revealed how they like to find the “quirky things to do in London”, why their “young active” readership still likes to pick up the free weekly title and what PRs need to do to grab the team’s attention.

Launched in 1968, Time Out was known as a weekly listings magazine, covering all areas of the arts, as well as consumer and news interest.

In September 2012, Time Out re-launched as a free title focusing more on the “quirky things to do in London” rather than its traditional listings background.

Operating in 108 cities, across 39 countries, it has an average monthly global audience reach of over 137 million across all platforms.

In March 2016, the magazine was re-designed to feature more “hyper-local content” for its various editions, an agony aunt/uncle page, and a dedicated drinks section around the best and newest bars.

Here are just a few top tips that Gail Tolley and Mark O’Donnell from Time Out London’s team revealed at the media briefing, which took place at the British Museum:

Time Out is made up of 11 key sections; City Life (news), Free (list free events in London), Features (the most fluid section of the magazine, which is redesigned every week), To Do (listing the best events in various London areas), Film, Music & Nightlife, Theatre, Art, Museums, Food and Drink.

Time Out now works on a digital-first model, and the entire team works across both print and online. The title has just reached 1 million fans on Facebook, it has 1.25 million followers on Twitter and more than 250,000 followers on Instagram. O’Donnell says its combined social audience is one of the biggest of any publisher in London.

There is also the Time Out Blog, which publishes 12 posts a day, and is described as the “the best friend who knows all the cool things that are happening in London”. The team is happy to hear ideas about this from PRs.

95% of people who read Time Out will go out and do something as a result, says Tolley. “The title has a very active readership and people are looking for inspiration”. Some 60% of readers are female, and 53% of all readers are under 34. Online, there is also Time Out Tastemakers – 200 “highly active” readers who post news and reviews about what’s going on in London.

Deadlines and how to pitch

The features team works a month in advance, and copy deadlines are two weeks before the title goes to print. News and breaking news should be pitched in at the beginning of the week. PRs should always send emails, and they need to get straight to the point – “you don’t need to bother with small talk.”

Always make sure key stats, times, dates and locations are up front. Images are also important – “a link to a dropbox is very useful”. The quality of an image can determine how good a slot it gets in the magazine.

Pitching tips from the @TimeOutLondon team: keep things short and sweet, no need for small talk and pics are important! #CisionMeetsTimeOut

More than 300 PR and comms professionals attended the media briefing, which was chaired by Gorkana’s head of news and content, Philip Smith.

Izzy Stephenson, an executive at Bell Pottinger, said: “Aside from gin, cheese and the tube emerging as sure-fire ways to get into the publication, Gail and Mark shared a wealth of valuable insights – especially around their growth areas of travel and video, and letting everyone know that email for pitching is better than phone.” 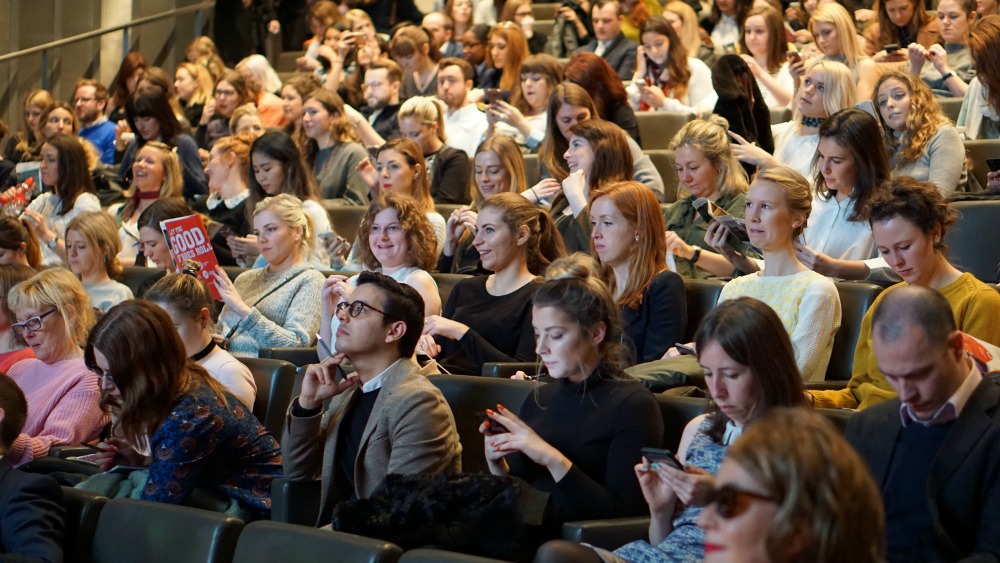