At an exclusive Gorkana media briefing, The Economist deputy editor Tom Standage, and The Economist Films president Nicholas Minter-Green, talked about the significance of the publication’s video offer, its new daily content and how to collaborate with the venerable media brand. 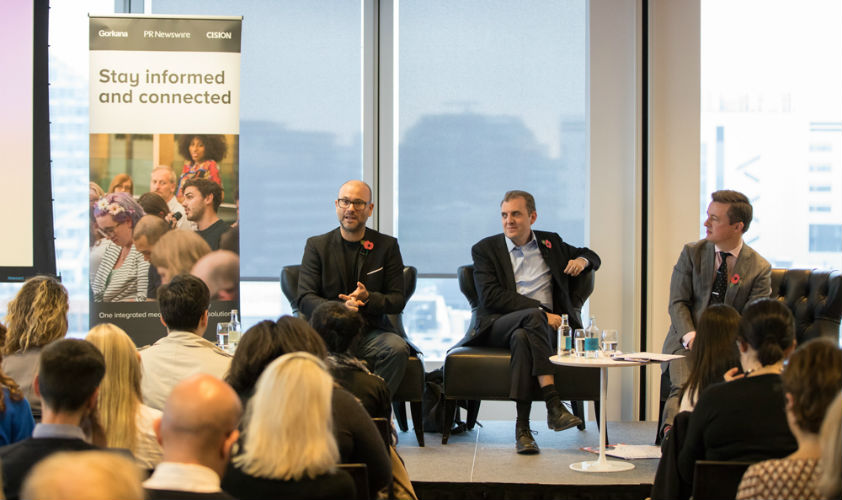 Its mission statement, detailed on the contents page of every issue, is: “First published in September 1843 to take part in ‘a severe contest between intelligence, which presses forward, and an unworthy, timid ignorance obstructing our progress.’”

However, for a 19th Century magazine brand, The Economist embraces new technology; from Snapchat to its newest venture, The Economist Films, an online channel expressing the publication’s globally curious outlook in the form of short, yet challenging, video documentaries.

Gorkana‘s media briefing, chaired by Philip Smith, head of news and content at Gorkana, with The Economist and The Economist Films, took place yesterday morning (26 October) at Macquarie’s London offices. Here are just four of the PR top tips shared at the event:

.@EconBritain set to launch Daily Watch on Monday. Its mini documentary series as as part of Economist Films #GorkanaTheEconomist

Video introduces new readers to The Economist
According to Minter-Green, The Economist Films can be viewed as a way in for those who may not have read the print edition of the magazine. He said: “It’s either a gateway drug into The Economist, or it’s a standalone.”
Video is a good way to reach the millennial generation, Minter-Green said. They are a “liberal” generation, a quality that makes them potential readers of The Economist.

Broad, global themes, versus local stories are what The Economist is looking for #GorkanaTheEconomist

Spending my morning at #GorkanaTheEconomist – thanks for inviting Taylor Bennett Foundation @PRstarsTB
Fun fact – economist is on snapchat!