At the latest Gorkana media briefing, BBC news correspondent James Longman spoke to a packed room about his experiences reporting out of Syria, his digital specialism and his role on the Victoria Derbyshire news programme. 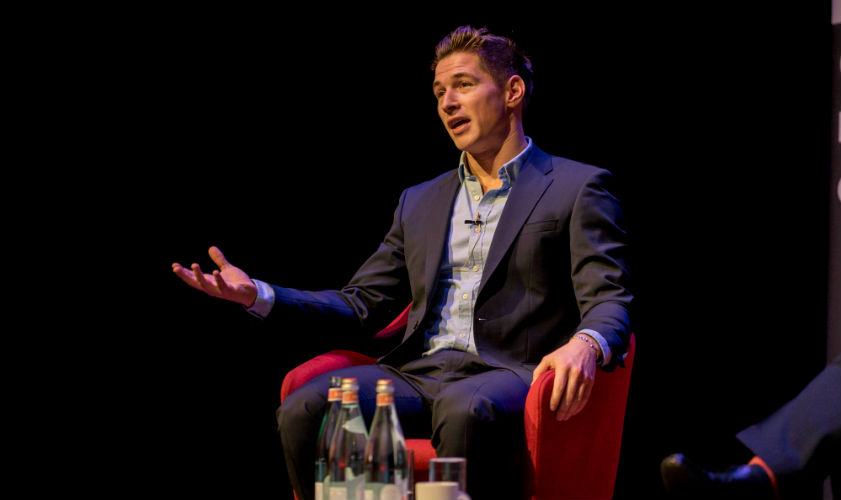 Longman works as an international reporter for the BBC and can be deployed overseas at any time. Yet while he’s in the UK, he creates stories and video content for the Victoria Derbyshire daily news show and its online channels.

The Victoria Derbyshire programme is proud to be digital-first. Longman said: “We make sure our work is shared digitally before it even goes out.” In fact, far more people come to Longman’s stories online than do through the live television programme.

Longman spoke positively about his relationship with PR professionals, though he recognised that his briefs are often challenging. Here is just some of the advice he gave to the PR audience:

Experts aren’t everything
While there is a place for experts, Longman said, the Victoria Derbyshire programme is interested in real people – those with personal experience of the topic at hand. An expert can provide context, but they will never appear in a news clip on their own. “We would rather have an ordinary person who has lived through something,” Longman added. “The most important thing is to speak to human beings about their stories.”

Tell the news through good news
The Victoria Derbyshire programme wants stories that will be widely shared and, according to Longman, the stories that tend to do best are those which cast a positive or a hopeful light on an otherwise bleak scenario. Longman insisted: “Positive stories get shared.” He also joked: “The most clicked videos on any news site are pandas and snow – preferably pandas in the snow.”

Let the BBC tell the story
First of all, don’t approach the whole of the BBC with a story, Longman said. He likes exclusivity: “The rest of the BBC is my competition. Just tell me.” He also explained how he does not want to be approached with something that has already been filmed or put together. The BBC will always want to tell the story itself, and it has the resources to do that. The opportunity for the PR is to pitch an idea for a story.

Social media is a brilliant tool
Longman is active on social media, both professionally and in his personal life. For the BBC, he said: “Different social media platforms are useful for different demographics.” While the BBC’s general audience is skewed towards an older demographic, tools such as Snapchat engage young people with the news. Longman uses a variety of tools, including Facebook Live and Snapchat, in his news output. However, he added, content will vary depending on which platform it appears on: “You can’t just put the same thing on each one.”

Ben Cole, consultant at technology PR agency Babel, said: “James really brought a sense of humanity to this briefing. By far one of the most informative, passionate, genuinely interesting and entertaining media briefings with Gorkana that I’ve been to.”