5 News editor, Rachel Corp, assistant news editor, Emma Greatorex and digital editor Jack Leather, joined Gorkana this week (February 2) to discuss how the programme can reach a 5.5m  audience weekly, why it’s different from competitors and how PRs should work with the team. 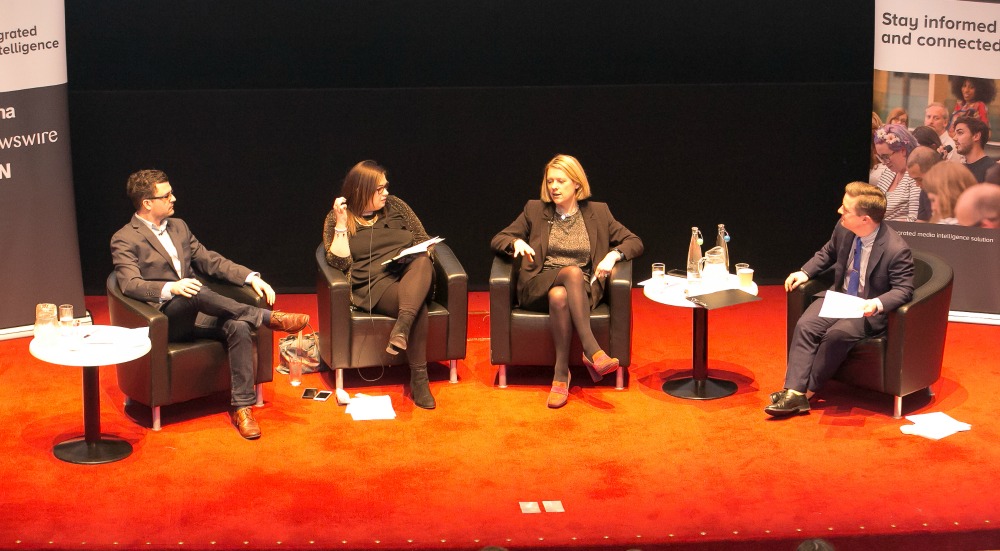 The 5 News team revealed that all content tries to focus on the people behind the big headlines and ‘ordinary people going through extraordinary things’. They said this is important for their audience who are commonly outside the ‘London bubble’ and looking for relatable and ‘unstuffy’ news reporting.

5 News is Channel 5’s flagship news programme and is produced by ITN from its main newsroom. The 5 News members discussed the structure of their team, which they say is small, and the care they take into forward planning for the show.

Corp, who returned to the programme as editor this year, says that 2017 will be dominated by Trump and the migrant crisis.

Here are just a few top tips that Corp, Greatorex and Leather revealed at the exclusive briefing:

Corp said 5 News looks to focus on ‘real people’ and the individuals behind the big stories. It means the team tends to cover a different news beat to others in the industry. So, instead of simply covering problems in the NHS, 5 News had a reporter spend an entire day at Colchester Hospital and speak to the people there.

Pitch one week ahead

Greatorex explained that extensive weekly planning takes place at 5 News. Each planning team begins their day at 8:30am and hands over any outstanding items at the end of the day. A planning meeting takes place every Wednesday. She welcomes pitches one week ahead and looks out for case studies, interviewees and as many first person perspectives as possible. The dedicated planning email is C5planning@itn.co.uk.

On #fakenews: for @5_News, "It's about getting it right, not doing it first" – @RachelCorpTweet #cisionmeets5news @Gorkana

The 5 News audience is mainly mostly based outside the capital – or the ‘London bubble’ according to Corp. When covering hot topics such as Brexit, the team have focused on coverage from areas such as Basingstoke over Westminster. The audience is 60% female and in the age bracket of 35-50. Corp adds that these individuals want news that’s ‘unstuffy’.

"For us, it's all about people" People orientated stories that make you feel something are what @5_News want #CisionMeets5News @Gorkana

Leather said Facebook engages a large audience for 5 News and he looks for content that ‘taps into people’s emotions’. ‘Touching’ stories, the big news of the day, weather, the Royals and animal stories all work well on the platform and create a high level of engagement. The team is open to pitches but, ultimately, 5 News want to always produce content in their own way.

#cisionmeets5news @Gorkana @5_news We are about ordinary people doing extraordinary things.We want a range of voices from around the country

PR and comms professionals from a variety of sectors attended the media briefing, which was chaired by Philip Smith, Gorkana’s head of news and content.

Dan Bird, account manager at Weber Shandwick, said: “Channel 5’s approach to news reporting is refreshing. Putting a diverse range of real people at the heart of every story is clearly an effective way to connect with its audience. As global stories like Trump and Brexit continue to dominate headlines, focussing on the implications for ordinary lives will be both important and powerful.”