In our first media briefing for 2017, this week we were joined by ShortList Media‘s CEO, Ella Dolphin, and editorial director, Phil Hilton, who revealed that people are 6% happier when reading a print magazine, the challenge of getting commuters to pick up a free title and why PRs should think about content for “Met Set” readers.

ShortList magazine, which celebrates its 10 year anniversary this year, is a free weekly publication that claims to have the biggest circulation of any men’s lifestyle magazine in the UK.

One of the first titles to launch as a “freemium” format, it is now edited by Joe Mackertich, who joined ShortList in July 2016, and has an audited weekly ABC in excess of 500,000 copies.

Sister title Stylist, a similar magazine for “stylish, intelligent, urban British women”, hit the streets in 2009. Led by editor-in-chief Lisa Smosarski (currently on maternity leave), it now has an audited ABC of more than 400,000 copies every week.

Ella Dolphin, who was previously group commercial director at Hearst UK, was named CEO of the titles’ parent company, Shortlist Media Ltd, in May, 2016, taking over from Mike Soutar, who is now chairman of the company.

Phil Hilton, a former managing editor of Men’s Health and editor of Nuts magazine, was among those who founded the ShortList Media business alongside Mike Soutar in 2007.

Here are a just a few key top tips that both Dolphin and Hilton revealed at yesterday’s briefing:

ShortList, which is published on Thursdays, came about as a reaction to the ‘lads’ mags’ market – a category losing readership at the time of ShortList’s launch in 2007.

Stylist, which comes out on Wednesdays, is for women looking for content with substance, which takes readers beyond traditional gossip, celebrity and diet content that had so dominated women’s titles before it arrived in 2009.

.@ShortList has the largest circulation for lifestyle publications for men #CisionMeetsShortlist @Gorkana

Dolphin says there is something different about a person who picks up a copy of ShortList or Stylist. After conducting a study to find out what this was, the team found that their readers tend to be much happier bunch and do a lot to secure this.

They earn more than average and half of men who participated in the study see themselves as feminists. Described as the “Met Set”, they are people who engage, like to talk and influence their friends, and its ShortList Media’s job to fuel this.

The team pictures the average ShortList / Stylist reader to be around 31. They’re doing well in business, they work out a lot, and like to have a drink.

Working with PRs – it comes down to building trust

According to Hilton, the perfect PR/ journalist situation is when he talks to someone who has already gained his trust. “Good PRs come to you specifically for your title, they’re not going to lots of other titles with the same thing, and they don’t approach when their idea is not appropriate.”

Don’t worry too much about the subject line when trying to grab attention. “The trick is to say anything that seems informal and send something that looks like it’s crafted just for me.”

v good #cisionmeetsshortlist session this morning – if PRs can offer high quality photos and video they are in a strong pitching position!

More than 200 PR and comms professionals attended the ShortList Media briefing, which was chaired by Gorkana’s head of news and content, Philip Smith.

Eleanor Wilson, account executive at KPPR, said: “The media briefing with Ella and Phil provided a brilliant insight into ShortList Media’s print and digital publications, as well as their their respective audiences. It was valuable to hear from both of them about what they want from PRs in terms of building trust and what content resonates for their readers.” 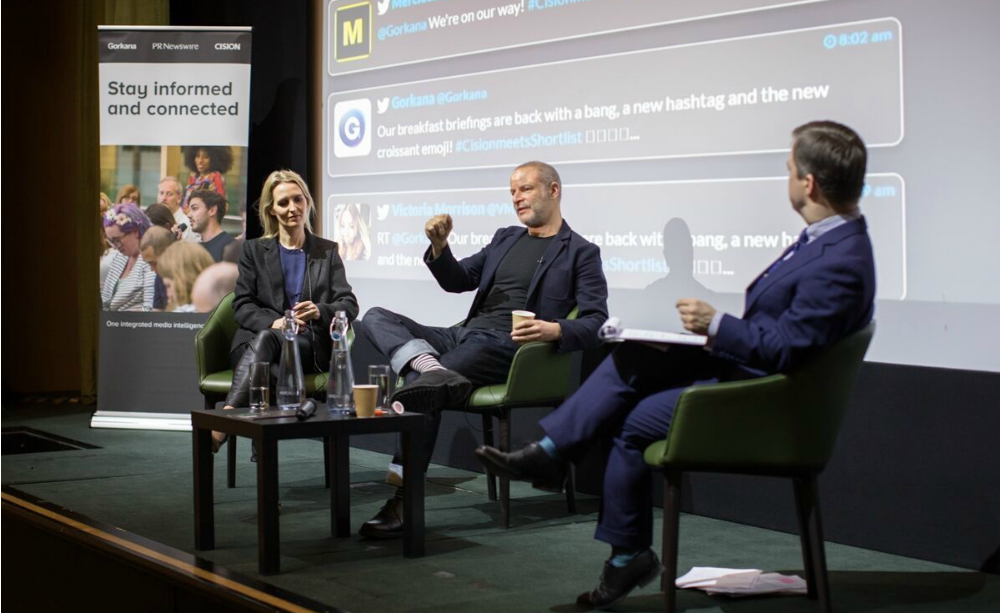