“BuzzFeed content needs to be incredible, unique and not seen anywhere else.” At a Gorkana media briefing this week, a trio of BuzzFeed‘s editorial team shared their thoughts on what PRs could do to help create something “relatable and shareable” for its audience.

While it’s famous for its entertainment, quizzes and “listicles”, BuzzFeed has invested heavily in investigative journalism and built a “robust” breaking news team some four years since its launch in the UK.

Head of buzz Tabatha Leggett, senior reporter Rossalyn Warren and senior lifestyle writer Chelsey Pippin talked about how the editorial structure at the site had changed in the last 12 months and what this meant for PRs at Gorkana‘s exclusive media briefing this week (Tuesday).

Biggest change at @BuzzFeedUK in the last 12months is getting organised and more distinct News, Buzz and Lifestyle teams #gorkanabuzzfeed

As head of buzz, Leggett heads up a team of 20 writers, who cover the more “classic BuzzFeed content”, such as quizzes and lists (her favourite list is 21 Things You Know Only If You’ve Been Best Friends For 10 Years).

In Lifestyle, Pippin works as part of a team of four, covering anything from product reviews and travel to regional coverage and entertainment.

Warren works on a 15-strong news desk, which provides day-to-day reporting alongside the investigation and world desk teams.

Key traits of a good Buzzfeed journalist – a mixture of excitement, willing to try and seriousness #GorkanaBuzzfeed 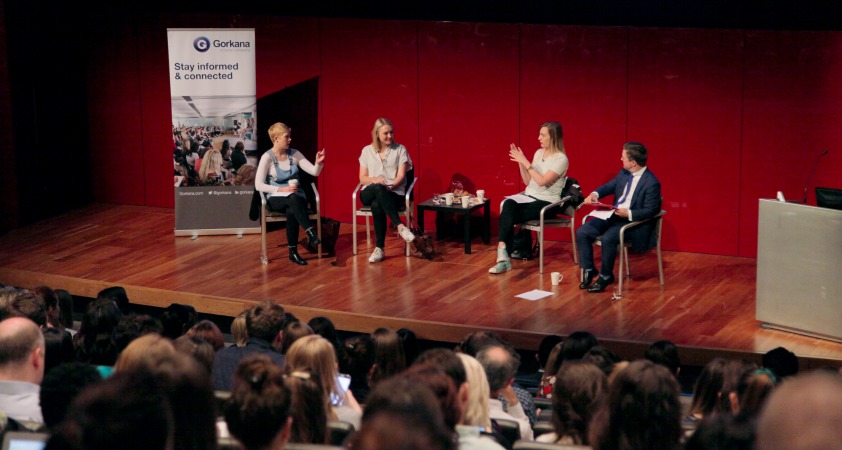 In the briefing, which was chaired by Gorkana’s head of news and content, Philip Smith, the editorial trio identified six key things PRs should know about BuzzFeed:

The definition of “Buzz”

“Buzz is what you imagine when you imagine BuzzFeed,” Leggett said. “Think lists, quizzes, identity posts, check lists, essays entertainment and celebrity…the point of any Buzz List is to be relatable and shareable.”

There is no exact BuzzFeed reader

While there is no exact breakdown of a BuzzFeed reader, content lends itself to a younger audience, says Warren, with social media platforms like Facebook, Instagram and Tumblr a natural place for them to share content. That said, news and investigations brings in more “traditional” readers. The audience is largely female – its research suggests women are far more likely to share stories.

BuzzFeed has 11 international editions including Germany, Spain, France, India, Canada, Mexico, Brazil, Australia and Japan, as well as the US and UK, reaching more than 200 million unique users every month. “We collaborate with these offices all the time”,Warren confirmed. If something is going viral in India, for example, the team will work with BuzzFeed India to identify how it might work for a UK audience.

How to pitch Buzz

“If you have something to pitch, make your email really simple, don’t make it gimmicky, and send it the person who is covering the issues your trying to hit,” Leggett suggested. She doesn’t want lists, however: “I can’t think of a case where we’ve published a list that’s come ready to us…although we do get lots from PRs.”

Images can tell a good lifestyle story, but…

Something can be completely visually led, but it must create a “wow” factor when readers see it for the first time, explained Pippin. “It needs to be something that’s so incredibly captivating visually that you can just say, here this is without too much explanation…you see the photo and you want it.”

When asked what form she thought BuzzFeed content would take in the future, Leggett explained: “The plan is to see what keeps doing well and follow that. On the buzz team, we’re very open to experimentation, so we know the things that work…and because there’s so many of us now, we have the freedom to experiment in different areas.”

More than 200 people from the Gorkana community turned out for the briefing. Kandace Williamson, account executive at See.Saw Communications, said:

“Another insightful event organised by Gorkana. BuzzFeed are sort of like the content holy grail for many lifestyle PRs so it was extremely helpful to hear the team’s ways of working and what they’re currently looking for.”